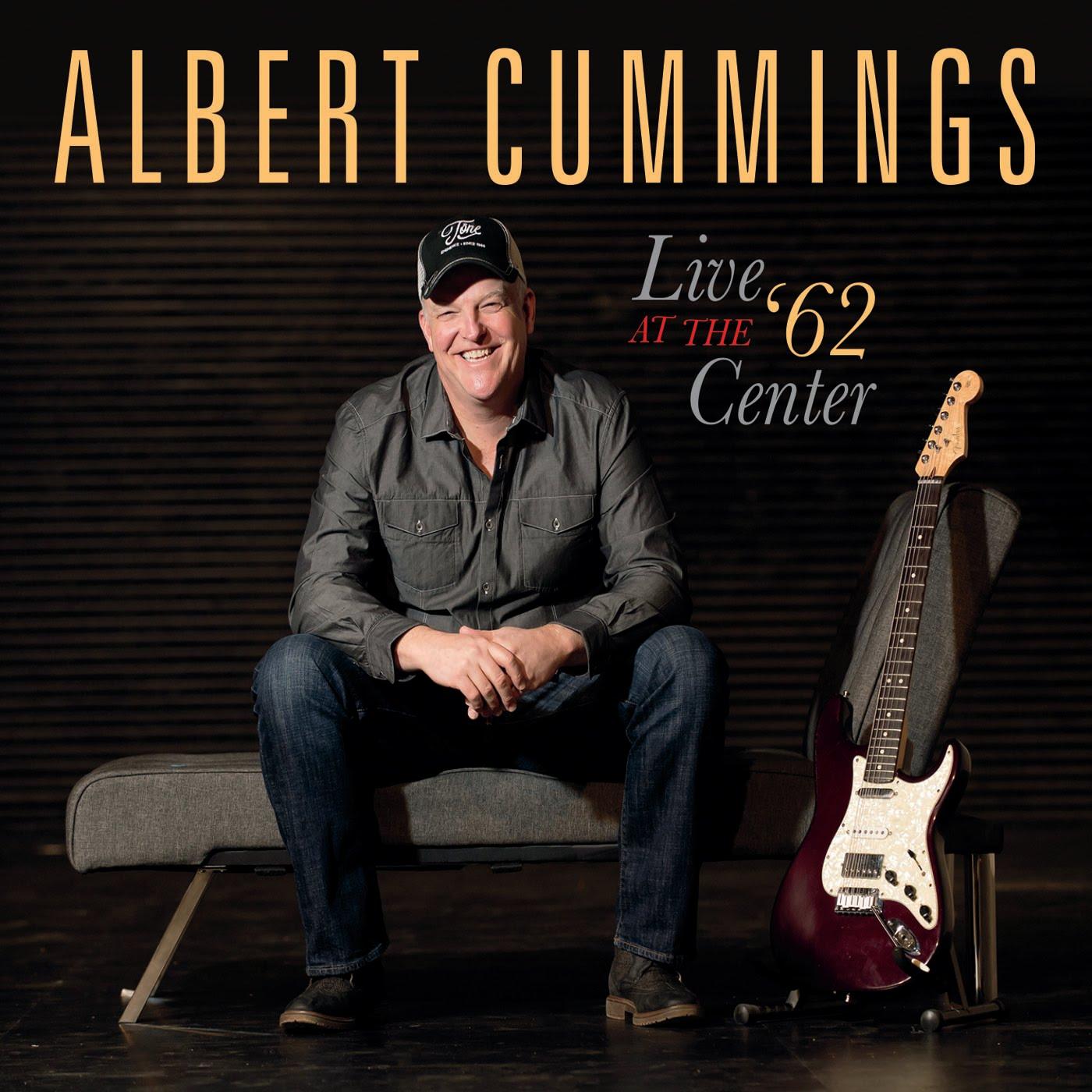 November, 2017 (Williamstown, MA) — Following the release of 2015’s “Someone Like You”, Blues Rock and Americana Guitarist/Singer/Songwriter Albert Cummings is back with a brand new Live CD/DVD/Blu-ray collection out December 5th! Recorded at a recent performance in his hometown of Williamstown, MA the aptly titled “Albert Cummings Live at the ’62 Center” features the widely respected bluesman and his band performing their hits past and present.
WATCH: Preview of Albert Cummings’ “Live at the ’62 Center”
Albert Cummings has always loved being spontaneous when it comes to his music, and this creative spirit certainly came to the forefront during the recording of his most recent Live Album/DVD/Blu-ray collection. Putting together a newly formed version of his usual trio that afternoon of the October, 2016 recording- Cummings added keyboards and background singers for what would be their very first performance together.
With the crowd’s anticipation building, the lights came on and the band found their groove on song after song following the star effortlessly as if they had played together for years. With longtime friend and Grammy Winner Jim Gaines behind the soundboard, what comes through in both sight and sound is an incredible journey into the live performance world and artistry of one of today’s most seasoned blues musicians.
Sure to be a favorite among his fans both new and old, “Live at the ‘62 Center” captures Cummings’ unbounded joy for his craft performed in his very own hometown.
As he finishes out 2017 with tour dates on both coasts from CA to NY, CT and NJ be sure to keep an eye out for his upcoming LIVE release CD/DVD and Blu-ray “Albert Cummings Live at the ’62 Center” OUT TUESDAY, DECEMBER 5TH on iTunes and AlbertCummings.com!
For More on Albert Cummings, VISIT:
www.AlbertCummings.com
Facebook.com/AlbertCummingsMusic
Albert Cummings Official YouTube Channel
###