Steven Machat, an international entertainment attorney, author, producer and now politician. Beginning his career as a lawyer, Steven was involved with the Jimmy Carter Presidential campaign in the mid-70s, stood as a Davison County public defender for 2 years then moved on to dominate the music industry with his late father, Marty Machat.

In 2011, Steven’s career took a turn into politics. He released Man, Community & Living the American Dream, a manual to understanding the Earth Changes, consciousness of Earth and destruction of the economy controlled by “Banksters”. Using this book to create the Wheel Party, a non-political people movement, Steven announced his run as an Independent candidate for Florida’s United States Senate in 2015. His goals are simple: To bring America back in line with the United States Declaration of Independence, the real mantra of man. Below I have included a bulleted list of the views and policies supported by Steven Machat.

Pro-business: Steven Machat believes in a society where the government serves the community.  He believes the government must provide a living standard for all which entails a minimum standard of health and education.

Proper Pay: Steven Machat believes in proper pay rather than equal pay. Meaning gender, social class and appearance do not and will not affect pay.

Immigration: Steven Machat believes in providing citizenship to illegal immigrants as long as they are actively and willingly contributing to society.

Equality: Steven Machat believe that gay rights should not be a subcategory of human rights. He believes in equality across the board, especially regarding laws and taxes. He does not believe in tax breaks for the higher-class.

Pro-choice: Steven Machat believes it is not the duty of the government to dictate a personal decision.

Protection of the Everglades.

End the consumption of Monsanto GMO’s: Steven Machat believes that the Monsanto Company, the agriculture company, is changing God’s food. He believes in the protection of natural resources and aims to end poisoning of food due to GMO’s. 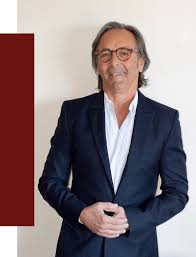 After the spending years working in many realms of music, releasing three books and opening The School of Sacred Knowledge, it is clear Steven Machat is fueled by his passions of furthering the consciousness of man-kind.

Steven currently resides in Miami, Florida, where he spreads his message via his Senate campaign and school.

To learn more about Steve Machat, his policies and teaching, please click on the links below.