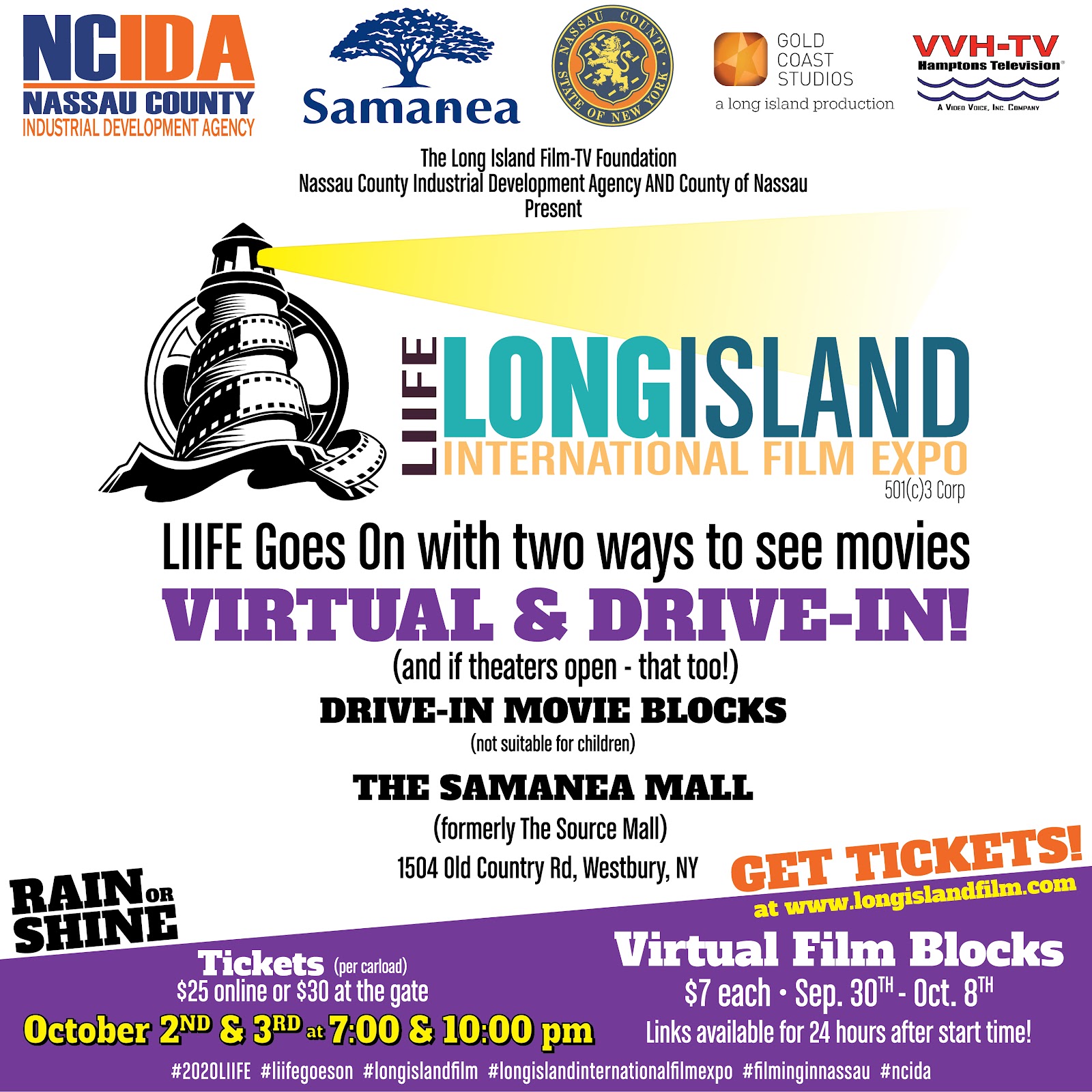 New York, NY (SEPTEMBER 2020) – The Long Island International Film Expo (LIIFE) is the premiere filmmaker community on Long Island, and one of the most respected festivals of its kind in the world; showing almost 200 short and feature-length films in many different genres each year. Sponsored by the Long Island Film-TV Foundation (LIFTF), the County of Nassau, the Nassau County Industrial Development Agency and Gold Coast Studios, this year the 23rd Annual installment will be held from September 30th – October 8th 2020 and will include two nights of drive-in movies on Friday October 2nd and Saturday October 3rd at 7 PM and 10 PM the at Samanea Mall, 1504 Old Country Rd, Westbury NY. This year, LIIFE’s films will also be shown virtually and will feature films from around the globe.

The Long Island International Film Expo will also be honoring Port Jefferson’s own Maurice DuBois, the Emmy award winning news anchor for WCBS-TV in NY, who will be awarded the LIIFE “Excellence in Newscasting” Award. Actress Katherine Narducci (The Irishman) will be honored with an “Excellence in Film and TV” Award and Director Jeremiah Kipp (Grave Discoveries) will be honored with a “Creative Achievement Award”. The ceremony, including appearances by presenters like Kevin Brown (30 Rock) and Brian O’ Hallaran (Clerks) will be held virtually for participating filmmakers, sponsors, honorees and Gold Pass Holders during the virtual closing ceremony on Thursday October 8th at 7:30 p.m. EST.

Perhaps, COVID-19 willing, the Festival will be able to present something special at their usual home for the past 22 years – the historic Bellmore Movies, 222 Pettit Ave, Bellmore, NY – as well! Check the website for updates.

You can also learn more about specific showings/times and purchase tickets at: www.longislandfilm.com

LIIFE has become a must attend festival for serious filmmakers; with local and foreign film screenings, celebrity appearances, entertaining and informative panels, a star-studded awards ceremony, Q & A with filmmakers from the world over and networking galore.