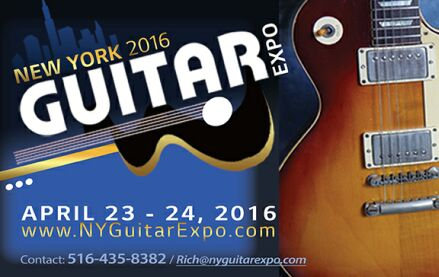 April, 2016 (Freeport, NY) —  With the 5th Annual NY Guitar Show & Exposition (#NYGuitarShow) only a few weeks away at the Freeport Recreation Center (130 E. Merrick Rd) April 23 & 24, 2016 in Freeport, Long Island, the #1 Worldwide Independent Music Video TV Channel and Social Network dedicated to the independent musician – IndiMusic TV – has joined the excitement as one of the newest sponsors!

IndiMusic TV was originally founded in 2004 as a “go to” music video website and then launched as a half hr TV show in 2008 in the NY tri-state area on the independent TV Network WLNY TV10/55. It garnered instant popularity as it was the only game in town to launch, market and expose new indie Music Videos on traditional TV. After three successful seasons, IndiMusic TV broadened their horizons by launching a worldwide mobile TV network partnering with Yamgo TV, a mobile TV start up in the UK. In September 2012, IndiMusic TV launched as the first 24-7 independent only Worldwide Music Video TV channel and Musician Social Network.

They are now the exclusive place to go to see syndicated episodes of A&E’s Emmy Award winning “Private Sessions” which features former VH1 VJ Lynn Hoffman sitting down with world renowned artists like Maroon 5, Gene Simmons of KISS and Bon Jovi to name a few (airing Thursdays at 9PM EST). Plus, IndiMusic TV also boasts former FUSE VJ Juliya Chernetsky who spends time hosting shows and events on a regular basis for the company, as well. Juliya introduces many of the Video Block segments 24/7. 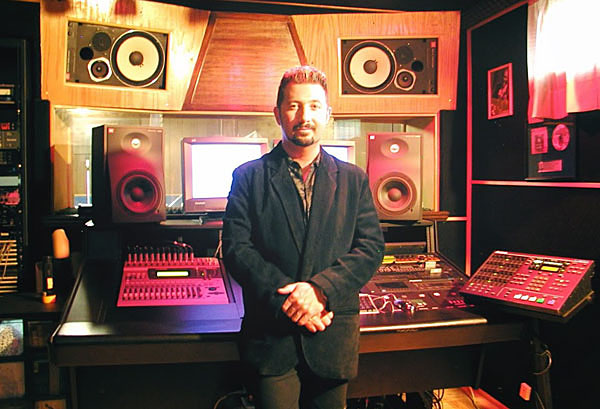 The site was founded by Chris Pati, who’s had an incredible amount of success as a Solo Artist and Label Owner outside of being the Founder and Visionary behind IndiMusic TV. Pati has had over a dozen top 20 Billboard hits, and has worked as a Producer with a wide variety of famed talents including Rebbie Jackson, Rock & Roll Hall of Fame Inductees The Isley Brothers, World renowned bass player Bakithi Kumalo of Paul Simon’s “Graceland”, Peter Noone of Herman’s Hermits, and some of the biggest record labels in the world including Atlantic Records, Universal, Warner Bros, Capitol, Universal and many more. A musical prodigy in his own right, he began at 5 years old playing piano, guitar, bass and drums, and established himself as a multi-instrumentalist by age eight. Chris was honored by Berry Gordy (former President of Motown Records) who called on him to arrange and perform an impromptu medley of “America the Beautiful” and “Lift Up Your Hearts And Voices” for opera star and actress N’kenge at President Obama’s 2009 Inaugural Ball among such noted musicians as Bon Jovi, Josh Groban, Jordan Sparks, Peter Frampton, and Smokey Robinson.

The NY Guitar Expo has expanded substantially since its initial inception. Founder Richard Johnson said recently of this year’s show “Our fifth year is going to be larger and better than ever as new sponsors and media partners join in on what is now the fastest growing Guitar Show on the east coast, tripling in size since our inception in 2012!”.

The show features new, vintage and used instruments & amps, local dealers/music stores, retailers, custom builders and major manufacturers. Everyone attending can participate and enjoy everything the Expo has to offer in some way! Guitar players and enthusiasts will have their chance to buy, sell, and trade with a wide range of dealers and collectors which include industry giants Taylor Guitars, D’Addario Guitar Strings and Gbase as well as Premier Guitar, Supro Amps, All Music Inc. and MORE from gear manufacturers to custom builders. With 10,000 sq. ft. of guitars, gear, and a private pedal & amp room it is the place to be for serious players or those just getting into their groove!

Now, with IndiMusic TV coming on board for this year’s Expo- music lovers of all kinds have the opportunity to not only be exposed to some of the best names in the guitar industry, but one of the newest and most exciting platforms for independent bands and musicians!

For More Information on the NY Guitar Show & Exposition,  www.nyguitarexpo.com