You are here: Home / Opera / Orchestra / Festivals / Schools / Performings Arts / Violinist Gil Morgenstern’s Reflections Series International is pleased to announce that, starting with the 2015-2016 season, the series will inaugurate an exciting new programming initiative, “Music: So What’s the Story?” – an exploration of music as a narrative
Views: 278 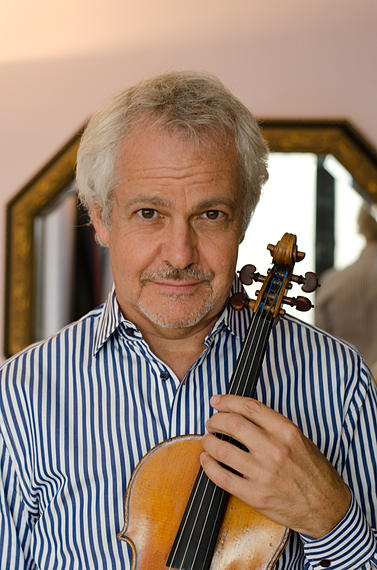 Music: So What’s the Story?

NEW YORK, NY — Violinist Gil Morgenstern’s Reflections Series International is pleased to announce that, starting with the 2015-2016 season, the series will inaugurate an exciting new programming initiative, “Music: So What’s the Story?” – an exploration of music as a narrative. Over the next several seasons, the series, which takes place at the Black Box Theater at Avenues: The World School (259 Tenth Ave.), will investigate how music can suggest specific action, thought, storyline and feeling. Inspired by the works of the great masters, the series will present original combinations of music with the spoken word (theater, prose and poetry), imagery (art and cinema) and movement (dance). Using the chamber music model of intimacy and collaboration, newly commissioned works as well as existing ones will be organically juxtaposed across the artistic disciplines in diverse concert works, set pieces, or full-evening melodramas.

Leading up to the first concert in February 2016, Morgenstern will be traveling throughout the US and Europe, researching material and consulting and collaborating with some of the world’s leading experts in all the artistic disciplines, including:

The first concert of the season will be presented on Wednesday, February 17, 2016 and will showcase works inspired by each composer’s personal story. Music will include Leoš Janáček’s Sonata for Violin and Piano, which expresses the agitation and passionate emotions of World War I; Edvard Grieg’s lighthearted Wedding Day at Troldhaugen which depicts the congratulations and best wishes that are given by guests to newlyweds; and Bedřich Smetana’s Piano Trio in g minor, Op. 15, an autobiographical work that was motivated by the death of his eldest daughter. Joining Morgenstern will be cellist Ole Akahoshi and pianist Rieko Aizawa.

The second installment of the series on Tuesday, May 10, 2016 will take story-telling more literally by presenting programmatic music – works written with the intent purpose of narrative. The program will include George Enescu’s Impressions d’Enfance (Impressions from Childhood), which tells the story of sunset to sunrise through the eyes of a child; followed text by 20th century scholar Carl Sagan who, although a scientist, often spoke of the wonder of the universe and the reverential awe that it inspired, paired with the devout 17th century Jesuit composer Heinrich von Biber’s Rosary Sonatas. The use of music in cinema will also be introduced with famed French New Wave composer George Delerue’s haunting Concerto de l’Adieu (Concerto of Farewell) written for the film Dien Bien Phu about the battle of the Indochina War between the French and Vietnamese communist-nationalist revolutionaries. Joining Morgenstern will be pianist J.Y. Song and an actor TBA.

Reflections Series International presents solo and chamber music along with works of different artistic disciplines, engaging its audiences in combinations of music, text and images. Using both existing and original works, and with the collaboration of a superb ensemble of creative and performing artists representing all art forms, Reflections programs present works that both reflect upon one another and invite the audience to reflect anew on universal themes. This is Reflections’ third season at Avenues, presenting engaging concerts throughout the school year.

Acclaimed for his artistry and technical brilliance, violinist Gil Morgenstern is devoted to exploring and expanding the possibilities for inventive classical music programming. His vision is to present the audience with a more complete concert experience, meticulously curated from start to finish, by organically integrating music with other artistic disciplines in innovative and unexpected ways. The New York Times describes Morgenstern as a, “brilliant and musically curious artist.”

A violinist with a long history of performing in the world’s great concert halls,Morgenstern’s career has taken him to international venues including Wigmore Hall, London; Cultural Center Concert Hall, Hong Kong; the American Academy, Rome; Salone dei Cinquecento, Florence; El Teatro Sucre, Quito; Arts Centre and State Theatre, Melbourne, Australia. He has also toured the U.S. extensively, performing in recital and as guest soloist with many leading orchestras including the symphonies of St. Louis, Baltimore, Louisville, Indianapolis, Denver, Milwaukee, New Jersey and North Carolina. The New York Times has hailed his playing as “a perfect demonstration of supreme ability;” “a rare poet of the violin” reported The South China Morning Post; “Morgenstern played a program that tested every part of a violinist’s equipment and he did it all beautifully,” wrote The Washington Post.

Morgenstern’s discography includes works by Beethoven, Fauré, Copland, Ravel, Kodaly, Sessions and the award-winning American composer George Tsontakis. His latest recording, 20th Century Duos for Violin and Cello, was the No. 1 classical CD for over a month on eMusic, the largest online store for independent music in the world, and was one of the top ten best selling classical music albums on Amazon.com. Of the CD The New York Times raved, “the music is terrific and the performances compelling on this surprisingly exciting and excellently engineered recording.” Morgenstern records for the MMC, Engine Company and Koch International Classics labels, and can regularly be heard on National Public Radio and classical music radio stations across the country.

Highlights of Morgenstern’s recent seasons include interdisciplinary performances with the Juilliard Dance Company at Lincoln Center and the Brooklyn Ballet; the premieres of staged versions of The Epic of Gilgamesh, Venus and Adonis with Claire Bloom and John Neville, and Samuel Beckett at 100 at New York City’s 92nd Street Y and at Harvard University. Morgenstern’s performance in the Nine Circles Chamber Theatre production of When Samson Met Delilah toured Holland to rave reviews and his recent appearance in Toronto was broadcast throughout Canada on CBC. He also appeared as violin soloist in U.S. Poet Laureate Robert Pinsky’s translation of Dante’s Inferno, which toured the country and was broadcast on PBS and NPR, for which it received a Peabody nomination. Morgenstern continues to tour the United States and Europe, and his highly acclaimed Reflections Series has recently been presented in London, Paris, Rome, Florence, Milan and Venice. Morgenstern lives in New York City. After Reflections Series International’s tremendously successful inaugural season at Avenues: The World School, Gil Morgenstern was named Artist-in-Residence for Interdisciplinary Studies for the 2014-2015 season. For more information, visit www.gilmorgenstern.com.