While Asaf Avidan has drawn comparisons to both Jeff Buckley and Nina Simone, he possesses a voice that is utterly singular. NPR’s Bob Boilen, in a recent episode of All Songs Considered, calls Avidan “one of the most surprising, unforgettable voices you’ll likely hear this year.” The Boston Globe has named him one of “music’s rising stars of 2014,” calling him “soulful and ethereal.” North American audiences will experience his unique artistry when he tours here for the first time as a solo artist, February 19 – March 8, 2014. Please see below for an itinerary of shows. 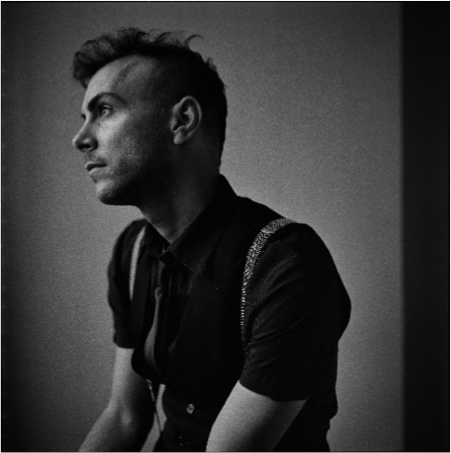 To watch Asaf Avidan perform is to experience a sensory disconnect. Standing on stage is a skinny, mohawked man, but what one hears is the craggy, whiskey- soaked voice of a woman. “The human voice has a whole spectrum we just don’t use because we have these weird taboos and manners, and these ideas about masculinity,” he explains.

Avidan first emerged as the leading force of the acclaimed folk rock outfit Asaf Avidan & The Mojos, whose recordings achieved platinum sales status in Europe and topped critics’ year-end Best Of lists in countries around the world. Their song “One Day / Reckoning Song” hit number one in 14 countries as a remix by a Berlin DJ. DJ Wankelmut took the delicate acoustic lament and dressed it up for the dance floor with synthetic beats and voice distortion. The video has 150 million views on YouTube, and the track was featured on the soundtrack of the critically acclaimed HBO documentary The Crash Reel.

The new album finds Avidan focusing his passion and poetry into a tight suite of songs linked by robust melodies and intriguing psychological ambivalence. Avidan pushes his remarkable voice to its limits.

Avidan’s solo debut follows three albums that he released with The Mojos between 2008 and 2010. The band announced they were taking an indefinite break in July 2011, following a tour that saw them sharing the stage with Robert Plant and Lou Reed among others.

Watch the official video for the single, “Different Pulses”:
http://www.youtube.com/watch?v=gnhJ4Ceor_M

Watch the video for “Reckoning Song (One Day)”:
http://www.youtube.com/watch?v=A16VcQdTL80