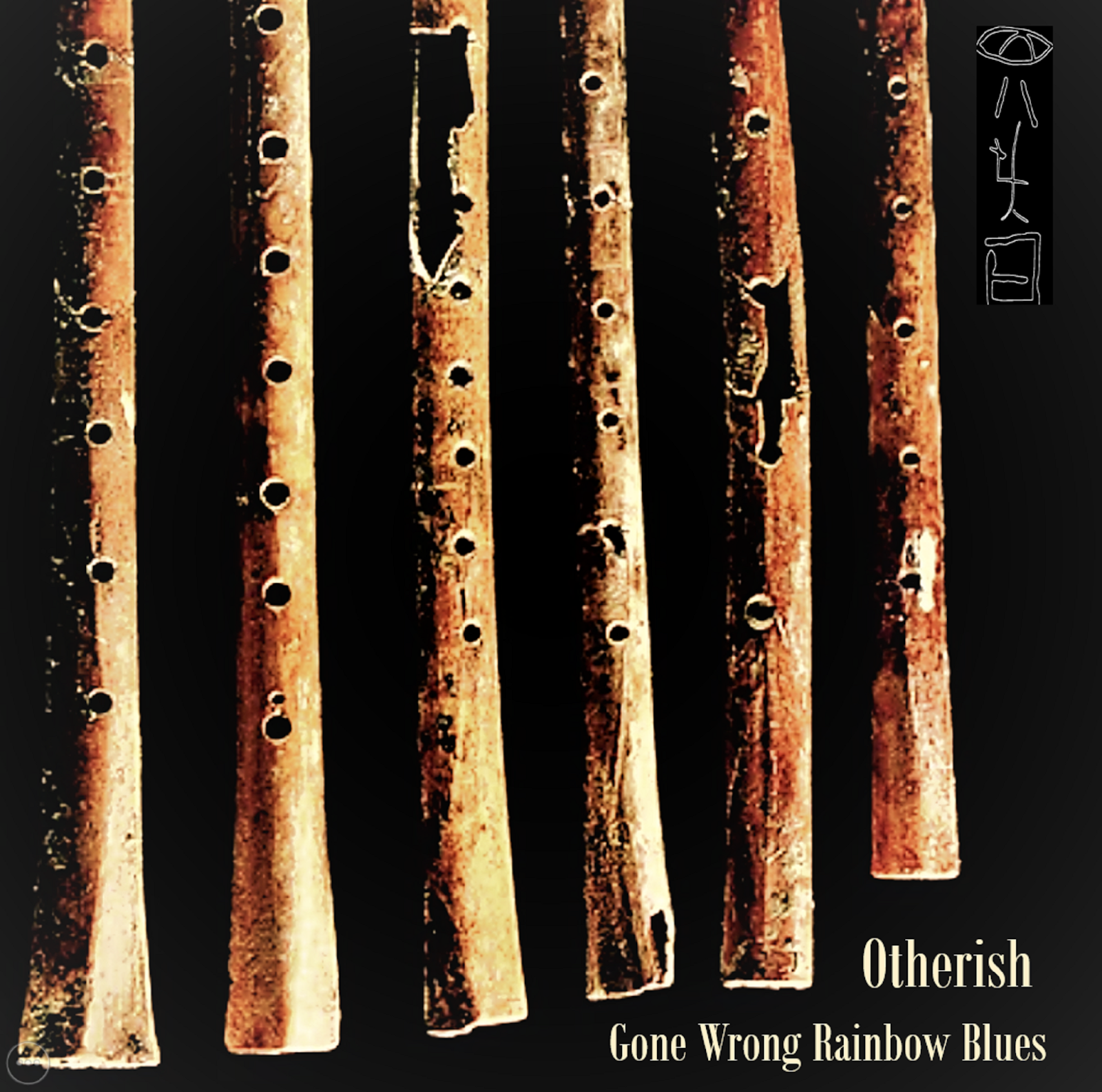 (New York) Acclaimed UK based eclectic rock band Otherish, has released the video for “Their Mistake”, a smashing single from the recently released album “Gone Wrong Rainbow Blues”, to YouTube.

“I suppose the thing about ‘Their Mistake’ is, it’s trying to be a frolicsome tune engaging with a heavy notion, how we seem stuck in a feedback loop with those who manifest our collective shadow, who thus become ever more powerful and inevitably use that power to push us all ever deeper into the shadow, to the point of darkening our spirit completely. But (and hurrah!), if they were to accomplish this all-consuming obsession, lifeless matter is all they’d win and all they’d become.” – George 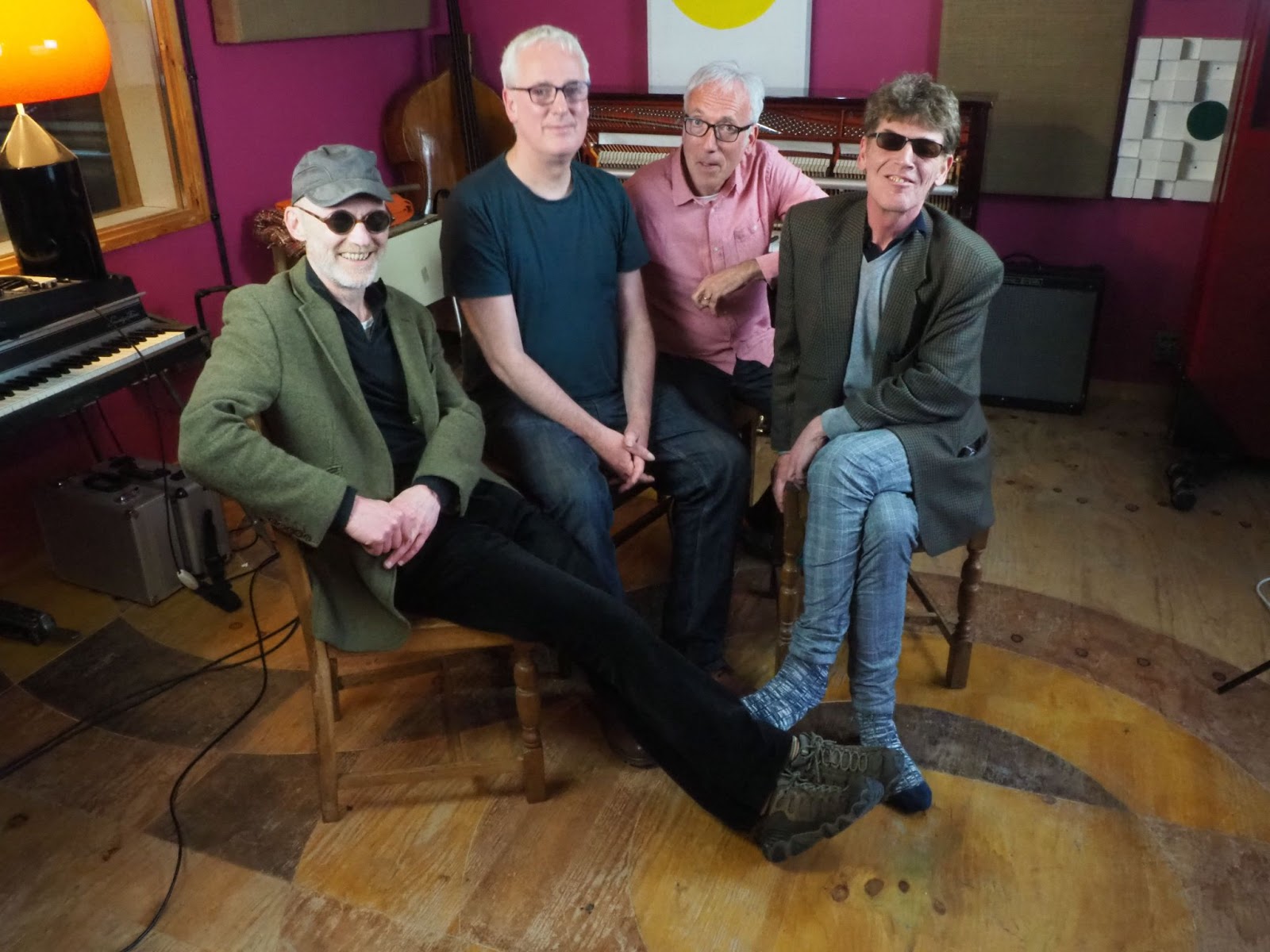 “Gone Wrong Rainbow Blues”, 14 songs by George, Paul, and Francis. 3 songwriters: Paul, George, and Francis, with Mark, Paul’s brother, on drums. A fallen iridescence here, a cinema-sweep of themes and sounds: The 13/8 timed opener “Boil Me into Life”, with Paul’s improvised one-take speechsong, is probably unlike any other known music, heralding George’s rueful paean to the damaged soul of “England”; waves wash up on a Gael’s waking dream in Francis’ “Kingdom of the Birds”. “Their Mistake” swanky broadside at spirit-sucking ghouls and their vapid acolytes gives way to elegiac lost-friend memorizing with “Planxty Mark Loudon”; “Car Park” finds itself on the brink in the rain, then disintegrates to the sublime, teasing “Dreams He’s Awake” and a quest for “the good, the real, the beautiful”; “Come Away” lives in liminal worlds, between faery and human, at the water’s edge, far out to the West; “Loughshore Dim” also occurs by a shore, in the shivering air, in the 1970s near Lough Neagh; “Lies Today”, gently punching us in face for the ovine acquiescers that we (mostly) are; “My Lagan Sunrays” cavorts with the sparklewaters of Belfast’s river; “Gold in the Stormwaves” surrenders to the waves that shared space with our ancestors, the first living organisms; “Passing Show”, life’s petty-serious play, sweet flickering candle, heat, light and universes toying with time; “Right All The Time”, an epic message from the future.

“In the everywhere fallout of the gone wrong rainbow, Otherish treat listeners as intelligent and sensitive creatures. Gone Wrong Rainbow Blues, an articulate and original album, is made to be worthy of your time and could even be a modern classic” – Barbara Smandler

Otherish go back a long way with each other, and always have a laugh when they are in each other’s company. They appear like a vector of the vanishing-rare uncynical gene, mapless, illuminated from within. Professorial buckeejits, nice funny guys, poet artists, witty and sharp.  Powerful experience of life’s answerless questions, still here.

“Wonderful life forms evolved in an earthly paradise of natural creativity until finally discovered a mere 800 years ago, whereupon many of this pristine archipelago’s stranger and more beautiful lifeforms were butchered and eaten…” explains a friendly bletherer. “Otherish is a bit like medieval New Zealand.”, he concludes. Another describes Otherish as “perched at the edge of the big plate everyone alive is on, looking around in all directions.”

Quietly, almost imperceptibly—and most often entirely out of view—inspiration comes knocking and entices someone to veer off the beaten track. In the darkness of the unknown, where it’s too far to turn back but there’s still no sense of where one might arrive… that is the place where the Belfast-via-Bristol quartet Otherish find themselves on their sophomore album Gone Wrong Rainbow Blues.

Four misfits with three distinct songwriters in their ranks, it took Otherish decades to get here. In fact, they weren’t here just a year ago, they can’t tell you how it happened, and they can’t even describe what it sounds like. That’s a good thing, because it’s best when bands that strike gold on blind intuition stay blind. From a listener’s standpoint, however, the appeal of Gone Wrong Rainbow Blues is far less difficult to pin down.

Startlingly fresh, Gone Wrong Rainbow Blues lands like a welcome splash of cold water to the face, immediately recognizable as a work that captures a band stepping decisively out onto its own limb. Conversely, the album bears a familiar quality, as Otherish somehow wrap their arms around the full arc of rock music and emerge with a seamless amalgamation—familiar and inviting yet undeniably offbeat.

So effortless and natural is the band’s ability to channel its influences that listening to Gone Wrong Rainbow Blues is like looking into a mirror, where the listener hears elements of whatever they themselves bring to the table: fans of ‘60s folk and psychedelia, ‘70s prog and classic rock, ‘80s baroque pop, ‘90s alternative, art rock, contemporary indie pop, chamber pop and even avant-garde composition will all hear themselves reflected in the album.

Nevertheless, there’s an unmistakable sense that this music could only have been made right now. Like an author who’s spent a lifetime borrowing books from the library and realizes that their own voice came into fruition somewhere along the line, Otherish have invented their own language on tracks such as “Boil Me Into Life,” “England,” “Planxty Mark Loudon,” etc. As the album unfolds, it becomes apparent that Otherish have become one of those groups that can only be described in terms of their own sound.

Sure, the band unabashedly wears hallmarks of other artists on its collective sleeve: a touch of, say, Peter Gabriel or David Bowie here and, perhaps, a dash of Richard Thompson or Nick Drake     there, etc—all underscored by Beatles harmonies and faint hints of post-punk’s exploratory spirit, as well as echoes of Gaelic folk music and an innate affinity for written verse that’s a pillar of Irish culture.

The secret to the way that Otherish allow these styles to bleed into one another is that the band’s four members have essentially been doing the same with each other for half a century: the bond between brothers Paul and Mark Bradley and their bandmate Francis Kane runs as deep as their bond with one another. Kane, in fact, was born in the same home as the Bradleys, just days apart from Paul.

In the ‘80s, the Bradleys and Kane relocated one by one from their native Northern Ireland to Bristol, England, each lured by the nurturing embrace of the arts community there, as well as by Bristol’s collective ethos that puts a premium on humility. As Kane points out, it’s fitting that the most famous artist to ever emerge from Bristol—the street-art legend Banksy—remains staunchly anonymous.

Along the way, Mark, Paul and Francis came across George Claridge, an Englishman born in Wales who joined the crew in time for them to form the fringe alternative outfit Me in the early ‘90s. (The late keyboardist Nick Scooper, also English, joined in ‘93. His presence endures in Otherish even after his passing in 2018.) Once proclaimed “best band in Bristol” by NME, the lads now concur with the assessment that Me’s impact was “not enough even to render cult status.” They didn’t escape Radiohead’s notice, but that’s a story for another day…

Looking back on the way Me fumbled through their bid for wider recognition, Kane, Claridge and the Bradleys recall playing to empty halls. They also insist they had the time of their lives. In hindsight, they understand that trying too hard often takes you further afield from your artistic truth. These days, Otherish are refreshingly unencumbered by self-consciousness, so much so that they’ve managed to recapture something akin to the naiveté that guides children when they fingerpaint.

No surprise, the buzz around Gone Wrong Rainbow Blues comes as a surprise that no one in the band expected. It shouldn’t, however, surprise anyone on the outside looking in: with George, Francis and Paul all contributing songs, vocals and multiple instruments, Otherish functions as a microcosmic example of multiplicity flourishing against all odds. Kane’s elaborate, expressionistic wordplay about ancient excreting slime on “Kingdom of Birds,” for instance, runs in direct opposition to Claridge’s direct, almost deadpan delivery on “Their Mistake.”

The album, in fact, brims with examples of contrast and complementarism. Seasoned by all the years of playing together, it’s as if Otherish can’t help but draw from a kind of unwitting intuitive wisdom. They would probably balk—maybe even laugh out loud—at the suggestion that there’s any wisdom involved.