After Tearing Up The Gramercy Theater Stage in NYC, Long Island’s Premiere Alternative Reggae / Hip-hop Group will Join One of Bob Marley’s Favorites 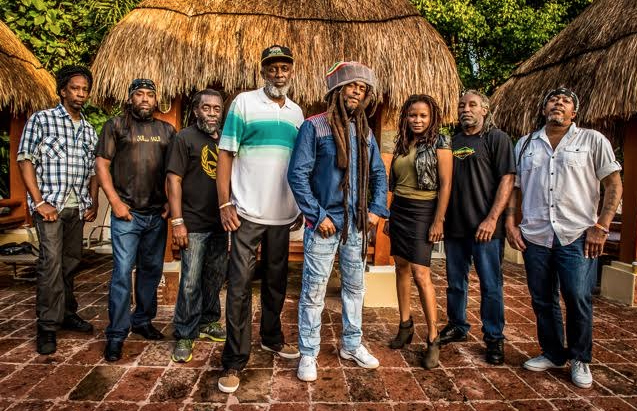 Westbury, NY (March, 2016) — Having just turned heads yet again, lighting up the stage at NYC’s Gramercy Theatre with Common Kings on March 9th, Long Island’s Oogee Wawa – who made history headlining The Paramount in Huntington, NY to a roaring crowd of over 1,200 in late September 2015 as the first unsigned headliners to rock the venue and has been gaining momentum hitting bigger venues all over the U.S. – is at it again, this time taking the stage at The Space at Westbury Thursday, April 14th with none other than The First Non-Jamaican Act to Win Grammy Award for “Best Reggae Album”- Birmingham, U.K.’s own Steel Pulse!

With their recent return from the Island Hopper Tour which saw them hit stops in Florida and the U.S. Virgin Islands spreading their Hip-hop infused reggae vibes along the way, 2016 has been an exciting year for the band. Having played in the past with the likes of Slightly Stoopid, SOJA, Sublime with Rome, The Dirty Heads, The Wailers, Badfish, Ballyhoo!, Passafire, rocking the 2015 Beer Fields Craft Beer & Music Festival alongside Collie Buddz, and hitting the road with a touring schedule of over 200 shows a year, Oogee released their second LP “More Sand Than Money” in April of 2015. After rocking with 311, The Mighty Mighty Bosstones, and The Green at The Great South Bay Music Festival this past July and the Long Beach International Film Festival’s “Taste On the Beach” in August, the band also filmed a LIVE taping of “Rick’s Rising Stars”  at Revolution Bar & Music Hall which aired on Verizon Fios Channel 1! Continuing with more Long Island performances and a stop over in Ocean City, MD in early September, the band filmed an episode of “Live It Up!” with Donna Drake at IndiMusic TV  Studios and did an interview with Orlando at 94.3 The Shark promoting their Paramount headliner, and even rocked NYC’s famed The Bitter End in December. 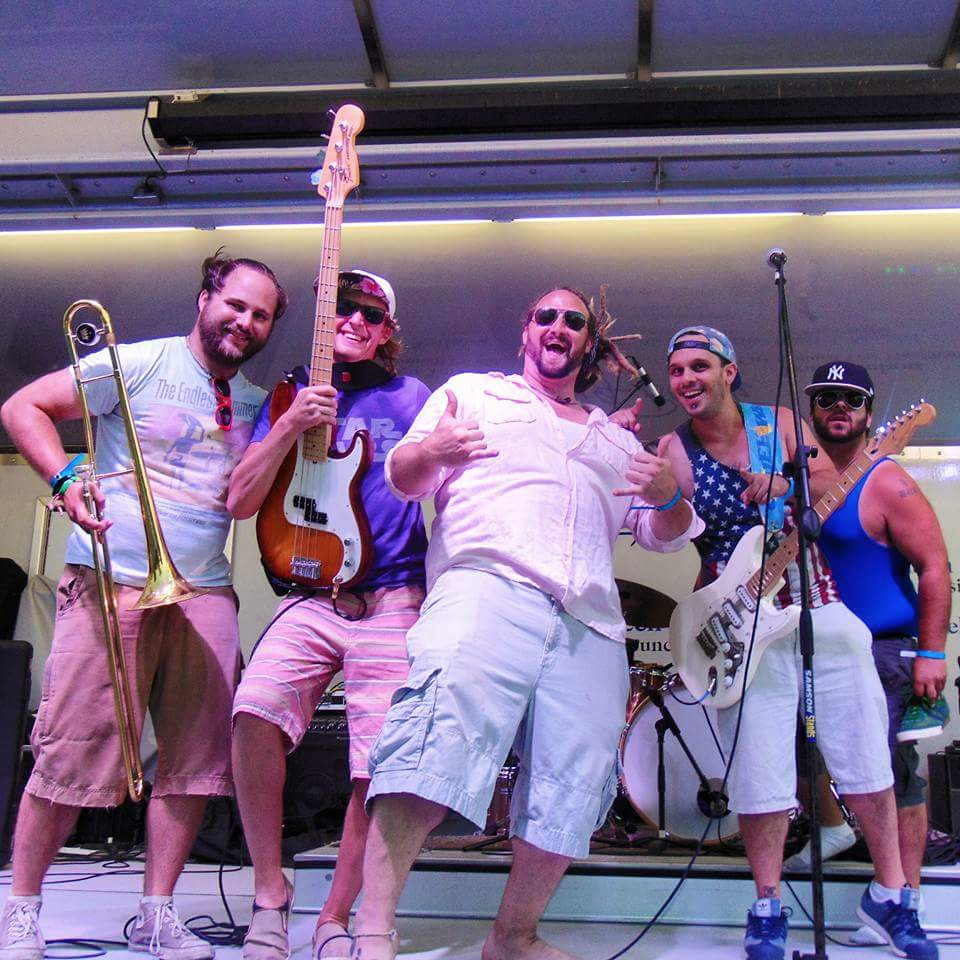 With a recent endorsement from Korg USA and a new video for hit single “Feelin’ Alive Today” released via Raised Fist Propaganda, the band that seems to make the live music stage a second home still has a ton in store!

Before officially starting Oogee Wawa- MC Jesse Lee Roenbeck of Centereach, JP Aceto on guitar and vocals of Baiting Hollow, Chad Chadwick on bass of Selden, and Nick Loiodice on drums and vocals of Smithtown were friends just messing around playing the bar scene so many Long Island musicians know and clamor to on nights and weekends to get a little bit of that adrenaline pumping, big-or-small crowd cheering rush that comes with performing live. Forming in 2008, the band began playing consistent shows to ever-growing crowds before the release of their first LP- 2012’s “Ride Waves”, and as their momentum got going they quickly became the island’s in-demand alternative reggae act from Long Beach to Montauk. 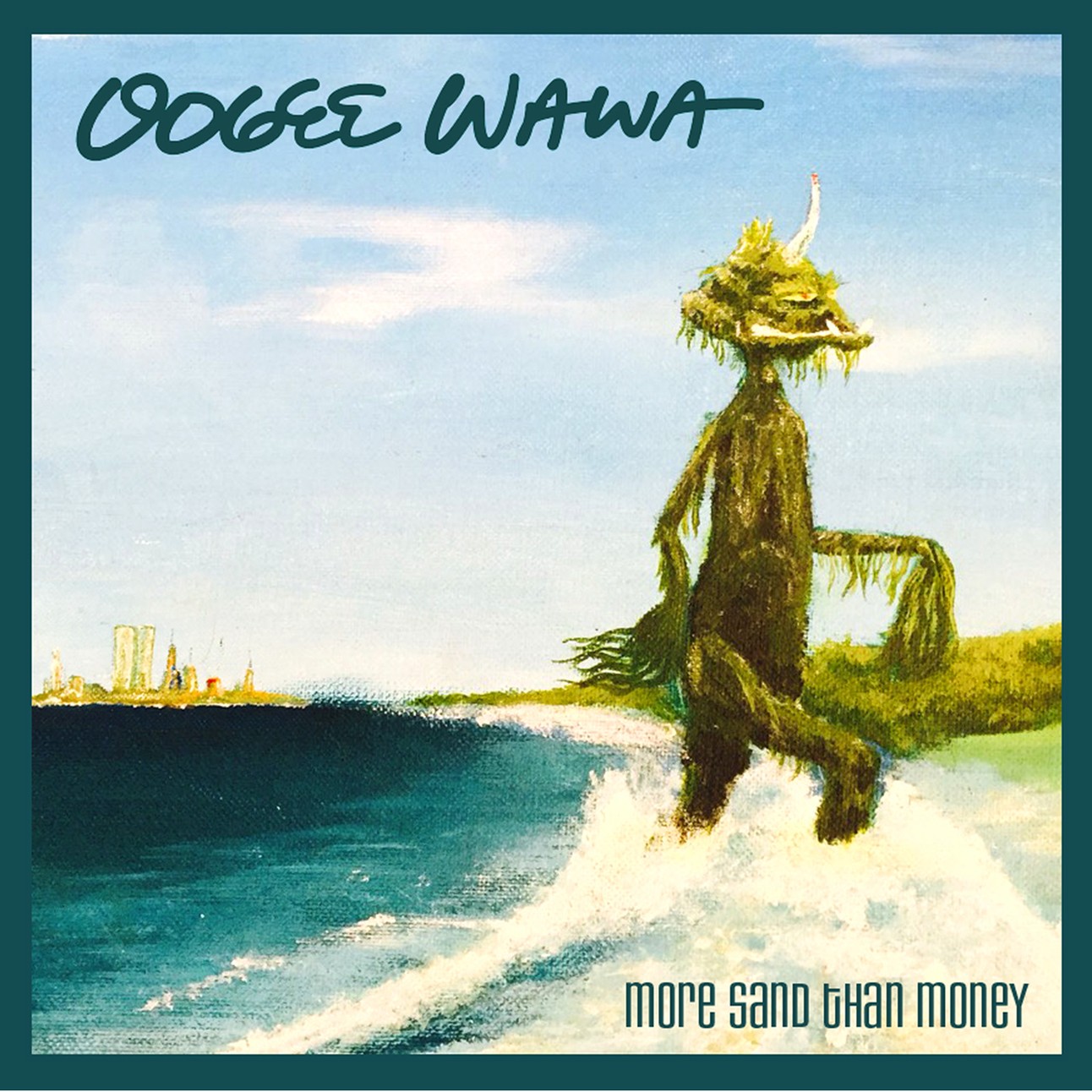 Garnering praise from the likes of  Long Island Press, Chilled Magazine, I Am Entertainment Magazine, Arena.com, and West Coast Reggae-Rock-Acoustic hotspot ThePier.org who stated on their recent release “Oogee Wawa’s sophomore release is a good one, and they obviously have the potential to become a breakout band in the industry”, Oogee began touring Nationally and spreading their good vibes on both East and West Coasts. In an interview with the Long Island Pulse, the band has aid of themselves “We have gotten a lot of love in the rising reggae rock scene and we take a lot of pride in that. We are working very hard to build up this family of bands from all over the East Coast”. A recent Anti-Pitchfork feature even stated “Not only have Oogee Wawa tapped into something the majority of New Yorkers seem to like, they are hard working players, performing every week and pumping out new material faster than anyone else”.

As Creative Control Magazine recently put it- “To hold a successful party, you need loud, invigorating music that will fulfill the host’s one requirement: to keep the party going all night long. To complete this mission, there’s no better band than Oogee Wawa”. Its safe to say that they accomplished this mission a few times over with their headlining debut at The Paramount as the first unsigned act, potentially paving the way for future independent artists/bands to make the stride! And as their tour schedule brings them more momentum in these Winter and upcoming Spring 2016 months, it seems Oogee Wawa will continue to break new ground as they perform for bigger and bigger audiences.

For your chance to check out the band that’s gearing up for a monumentous Spring & Summer 2016, catch them live with Steel Pulse on Thursday, April 14th The Space at Westbury- 250 Post Ave, Westbury, NY 11590!

For more info on the band, VISIT: www.OogeeWawa.com