October, 2015 (Santa Fe, N.M.) — Though the term “more of the same” may sometimes have a negative connotation, Drastic Andrew’s Live Without Warning flips it right on its head. For these five “more of the same” means connecting personal human experience with universal themes; love and redemption, devastating loss, and fearless optimism. With their first single “Plunder Away” MacLauchlan belts “Plunder away my dear old friends, we are certain we’re gonna meet again // In the forever here-ever after, ya know it’s filled with love and it’s filled with laughter” in a hard rocking yet dance-inducing jam reminiscent of bands like the now defunct Australian rockers “Jet” with a Springsteen-esque liveliness and sax solo with a “hell yea!” attitude. But the album twists and turns in a roller coaster of epic proportions- with acoustic-driven country ballads like “Pedestrian Love Song”, the more funky “Alien Creature”, or the more revved-up Johnny Cash style of  “Send Him Back” the one thing that’s for certain is that Live Without Warning will take fans on a ride!

With a concoction a feel-good rockin’ and heartfelt ballads, the one thing that is for certain is that Drastic Andrew’s Live Without Warning certainly lives up to their “New Rock Country Wave” style. But to check it out for yourself, make sure to grab your copy when it drops November 14th!

For a band that’s continued to weave through an eclectic range of genres and styles while still keeping a familiar tone and energetic approach to both their albums and live performances, Santa Fe’s Drastic Andrew has consistently packed a punch since their 2011 inception, and it seems they’re only getting warmed up! Having released 2011’s Save The Machine and 2013’s State of Denial, the band that speaks directly to our collective cultural perceptions and personal tragedies and explores “universal themes of longing, feeling trapped, and being lied to and hung out to dry” (Santa Fe New Mexican) is at it again with their junior release Live Without Warning set to drop on November 14th!

Formed in 2011, the  five-piece rock based Americana band consisting of lead vocalist, rhythm guitarist and band leader Andrew MacLauchlan, lead guitarist, backing vocalist, director/arranger Ben Wright, drummer and percussionist Michael Chavez, bassist Noah Baumeister, and keyboardist Kevin Zoernig performs regularly at Santa Fe & Albuquerque’s lively bars, brewpubs and performance spaces. Their September 2011 debut release, Save the Machine, received rave reviews from local music press and the single, “John Henry”, has been in regular rotation on Santa Fe’s KBAC! Drastic Andrew’s music is a regular feature on the weekly Frogville Radio Hour on the same station. With State of Denial came the honor of 5 nominations from the New Mexico Music Awards- a nationally juried organization, with the band winning “Best Arrangement of a Country Song”. Songs from State of Denial are currently in rotation at 43 independent and college radio stations nationally and in Canada. 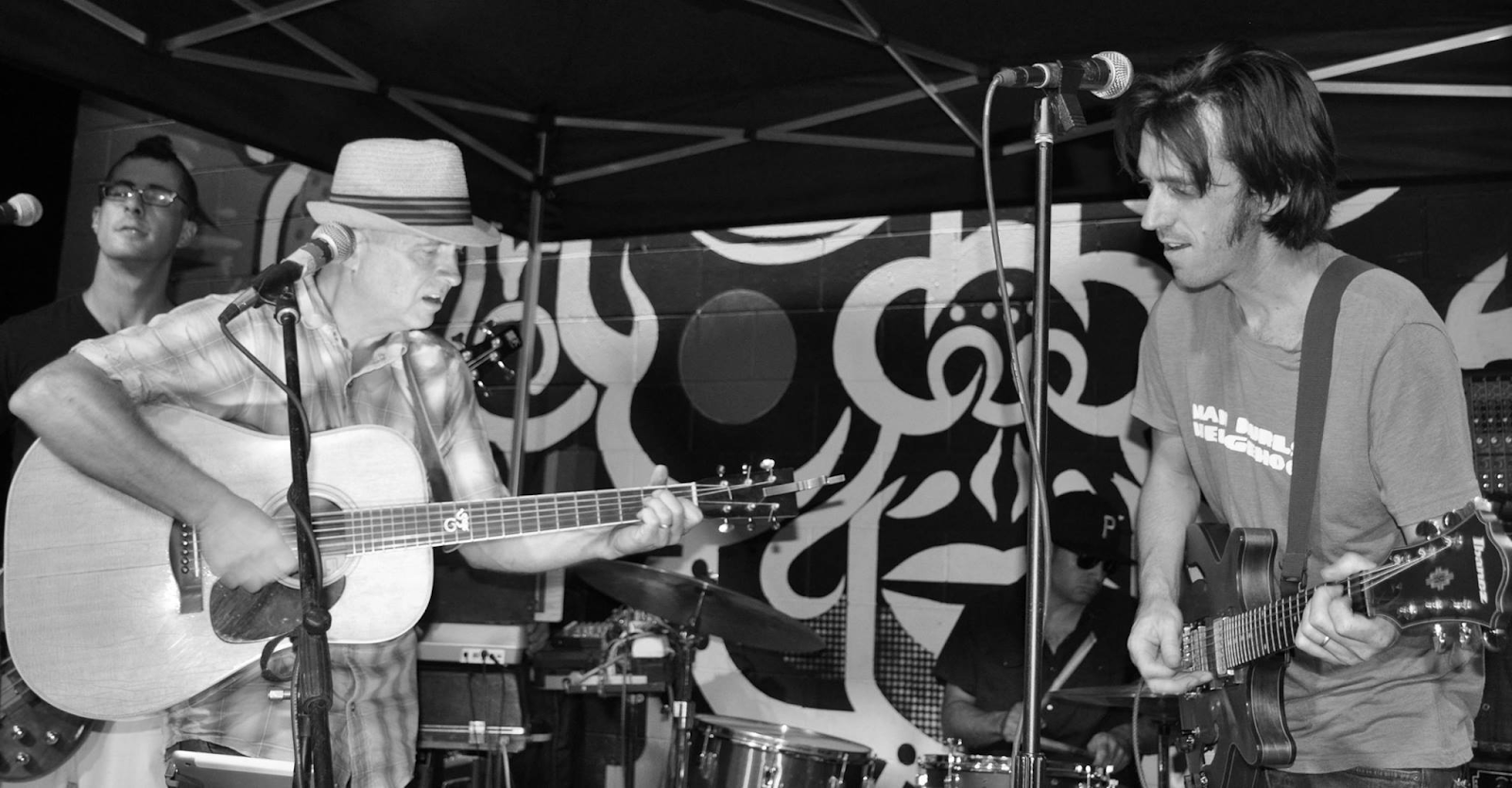 One of the band’s taglines, “New Rock Country Wave” is a concise narrative of their music; a clear rock & roll ethic with a dash of New Wave/Post-Punk awareness and an occasional spicy, roadhouse, country resonance though less evident on “Live Without Warning”. Thier live shows feature tight arrangements and lyrically earnest ballads and stories that give way to melodic jam-band ferocity. One of 2014′s headliners at “Outside In Productions” Santa Fe Bandstand Concert series, Drastic Andrew Band played to an enthusiastic 400 dancing and riveted crowd with guest horn section Manny Ramirez (tenor sax) and David Weeks (trumpet) of the popular Nosotros Band! 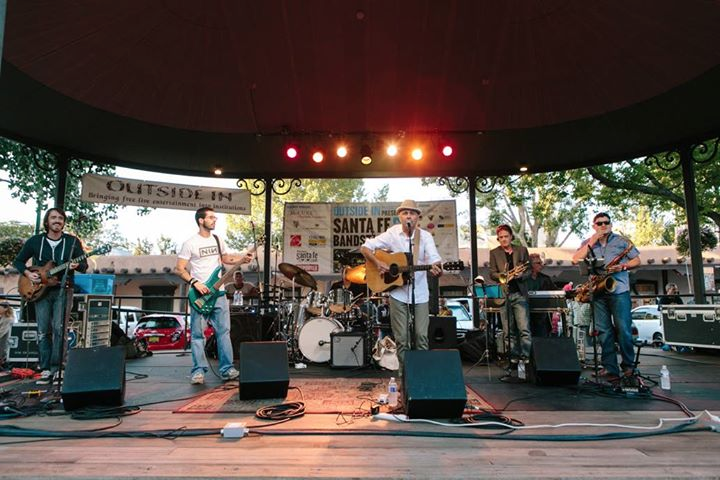