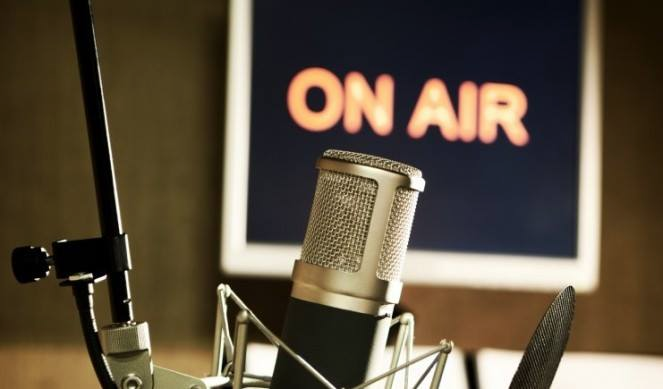 January, 2017 (Garden City, NY) — With the New Year just beginning, Music/Entertainment Industry Leader Rick Eberle will be launching his brand new “Rising Stars Radio” show on WHPC 90.3 FM: The Voice of Nassau Community College EVERY MONDAY at 10:00PM (And a re-play Tuesdays at 5:00AM)!!! The show is set to premiere new music along with interviews from some of Long Island and the greater NY area’s top music acts in varying genres from Rock to Reggae, Blues, R&B, Hip-Hop and MORE!

His music business career began in New Media where he spent time working on online initiatives for Pink, Usher, Outkast, Dido and others at Arista Records in NYC (1999-2002).

Rick left Manhattan to begin work in venue management, booking and promotions for The Downtown Concert Venue (2002-2005) – with artists like Jewel, Fall Out Boy, Maroon 5 and Gavin Degraw – and handled PR and assisted with bookings for The Crazy Donkey Concert Venue (2005-2010) – for acts like Bowling for Soup, LMFAO, Cinderella and Cobra Starship – while both venues were open and thriving on the Long Island music scene. 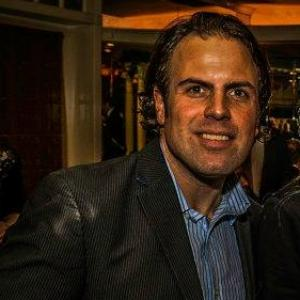 Eberle has had a long radio career in the Long Island, NY market which includes time in marketing/promotion at 92.7 WLIR FM (2002), and his weekly emerging artists show “Unlabeled” with Rob Rush (92.7 WLIR, 94.3 FM) as co-host on 94.3 WMJC FM (2007-2010), and then as promotions director at 94X FM (2011-2012). He is most widely known in radio for his time at 94.3 The Shark FM (2012-2013) where he was instrumental in the initial branding and launch of the station as promotion director and sometime overnight host and on site correspondent for online content. He also hosted “Uncharted”, a podcast for emerging artists.

In Television, Rick began his “Rick’s Rising Stars” TV show (which is produced by My Long Island TV for Verizon Fios1 News) in NY in 2010 and has aired over 100 episodes so far. He is also an in studio events host for The Weekly Show at Inravio.com.

Eberle is excited to kick off his new weekly show at the college, recently saying of the experience “It feels great to be back on the FM airwaves after a short break. Excited to get this party started!”

So for your chance to hear some of the hottest new music and local talent, make sure to tune into the brand new “Rising Stars Radio” Airing EVERY MONDAY at 10:00PM (And a re-play Tuesdays at 5:00AM) on WHPC 90.3 FM: The Voice of Nassau Community College! 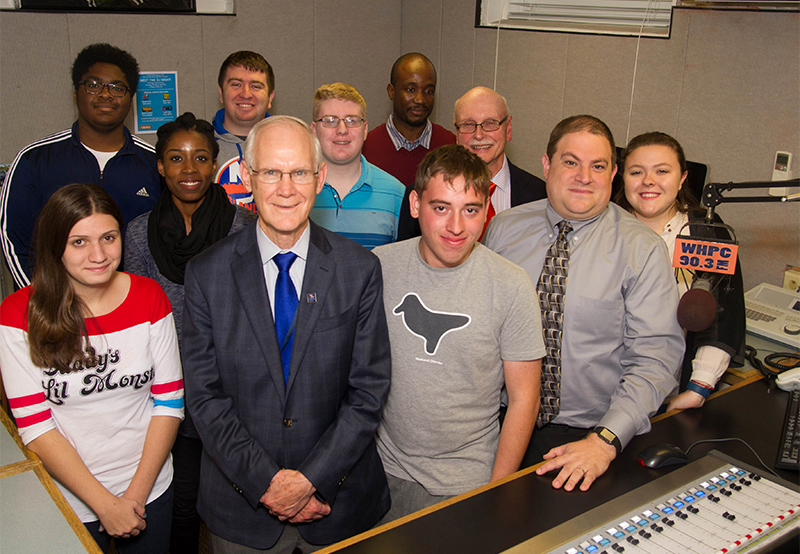 WHPC Director (second from right, in tie) along with the students and volunteer personnel

WHPC offers over 50 different types of programming, including entertainment, information, event announcements and public service programming to Nassau County, as well as parts of Queens and Suffolk County. The station began broadcasting on October 27, 1972 with its first song played being “Listen to the Music” by the Doobie Brothers. The station broadcasts on 90.3 MHz, HD1, and streams online via their website and TuneIn. Its flagship show is the Retro Mix, which features various students from the college playing music from the last 20 years or so. Some of its other popular shows in regular rotation are Motormouth Radio with Ray Guarino and Joe D., Everything and Anything with Steve Mangiaracina, Sinatra Serenade with Glenn DeMilt, Beatlesongs with Rob Leonard, Good Gold with Ed Newlands, The Unforgettables with Michael Anthony, Thunder Road Radio with Kim Tracy, The Party Mix with Stephanie Lombardo, The Rare Groove Sessions with DJ Soulero, The Sock Hop with Steve Dassa, The Home Stretch with Anthony Tartamella, and Beyond the Game with Jacob Valk and Brandon Johnson.