On latest single ‘Closer Than This,’ she’s a fully realized pop goddess” – Rolling Stone, Song You Need to Know
“dreamy pop-rock tunes and catchy choruses” –NYLON
“Beware: If you watch this video, you’re going to suddenly need a skintight bronze catsuit. Don’t say I didn’t warn you.” – ELLE
“fierce guitars, skittering electronics, and iridescent piano notes, all woven together into a sonic quilt of explosive colors.” – Consequence of Sound
“she infuses her infectious pop sound with glam, indie, dance, and R&B, layering it all together with introspective lyrics” – She Shreds Magazine 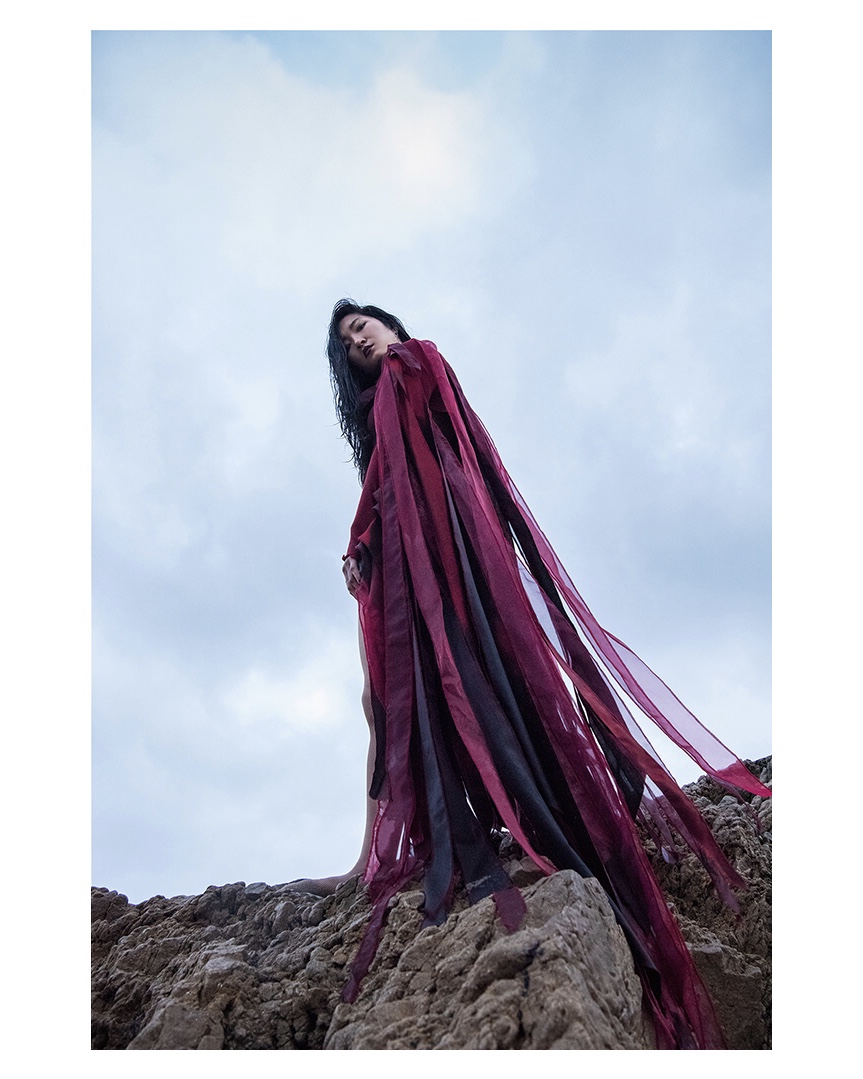 KAYE, the musical moniker of Charlene Kaye, former frontwoman of indie-rock collective San Fermin, has relaunched her solo project with a bang. “Closer Than This,” the lead single from her upcoming album, quickly garnered over 100,000 streams within the first months of its release and was hailed as Rolling Stone’s “Song You Need to Know”. Her explosive follow up “Too Much” followed suit with the single being included on NPR’s New Music Friday playlist and more.
Her newest single, “Howl,” is her most disarmingly visceral work yet—an epically shot five minutes that features KAYE delving deeply into her shadow side, as fearless and as vulnerable as ever. In it, she roams around the California desert with a 40-foot long purple cape billowing behind her, digs in the sand and howls like a wild animal, and shreds on a spectacular mirror-covered Flying V guitar that she made herself. It’s documentation of an exorcism—a cathartic release of grief, rage and self-loathing, exquisitely captured by co-director Deborah Farnault.
Says KAYE about the song: “Cheryl Strayed has this quote—‘You can’t fake the core. It’s a god we must obey, a force that brings us all to our knees.’ It got me thinking about how we’re always told to listen to our gut, our intuition – but what if our purest impulses are evil or self-serving, that may cause harm to those we love? What is the cost of choosing oneself?”
The video marks KAYE’s directorial debut, and her editing debut as well.

“I named this album ‘Conscious Control’ because my big lesson of the last few years has been abandoning my rational mind to guide my decisions, even if they made no sense at the time…throwing myself into uncertainty for the sake of getting closer to myself, even if it comes at great personal cost. Letting this ethos guide my songwriting as well has yielded the boldest, deepest work I’ve ever done.”