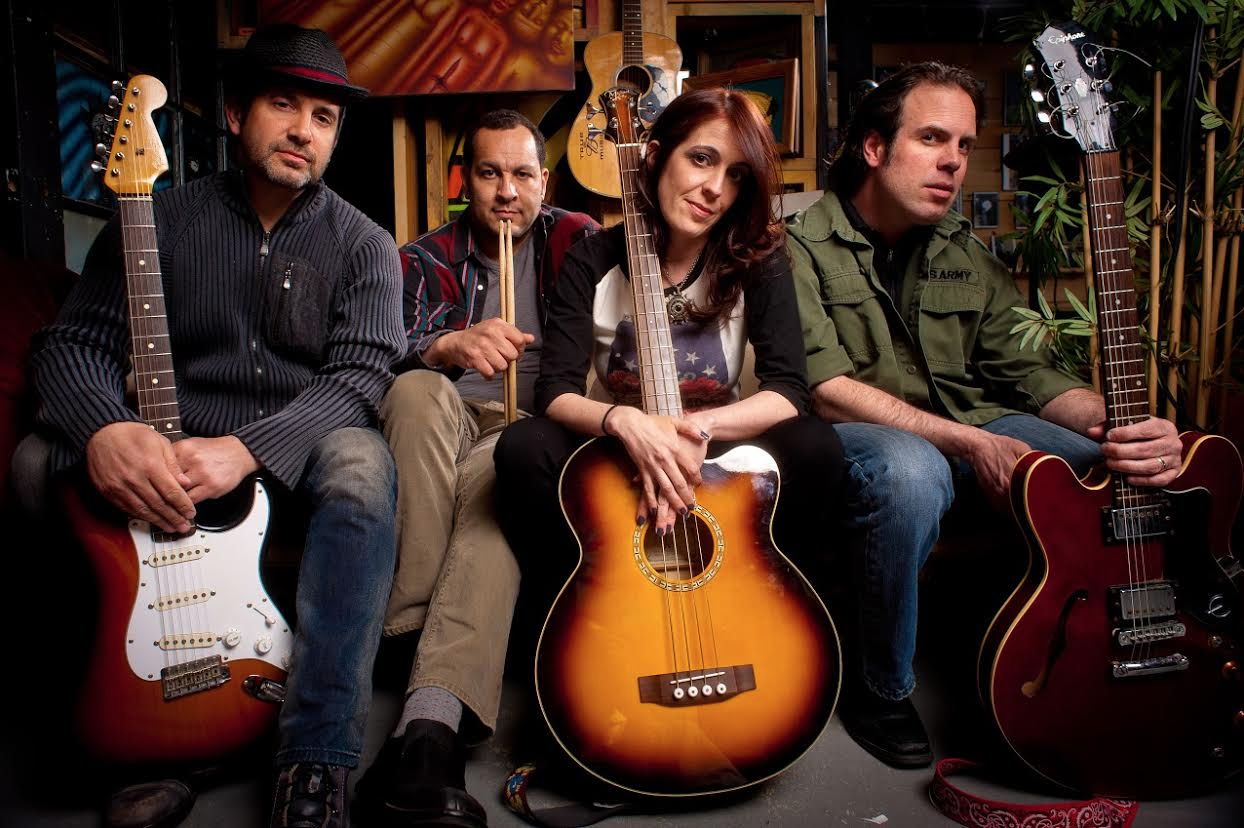 July, 2016 (New York, NY) — Not many bands can say they’ve stuck together–with the same lineup for that matter–for over two decades, but New York’s Iridesense has powered through the ever-changing climate of today’s music industry and came out on top! And with some great upcoming shows this Summer, you won’t want to miss what the band has in store. (Upcoming Performance Schedule Below)

Formed in NY in 1993 with the same members as today – Rick Eberle (Vocals, Guitar), Tara Eberle – Drouin (Vocals, Bass – currently in Roslyn), Rob Viccari (Lead Guitar), Rich Drouin (Drums – currently in Roslyn) – Their music can be heard on Nickelodeon in the shows Zoey 101(featuring Jaime Lynn Spears and Victoria Justice) and Drake & Josh. They’ve also been featured on MTV shows such as Pimp My Ride, Room Raiders, NEXT and on an episode of the show “Boiling Points”.

Iridesense was a semi finalist in the Q104.3 Mojito Band Search, in the Shift 2 Nissan Battle of the Bands, and were also semi finalists (top 20 out of 1000’s of entries nationwide) in the National “Be A Radio Star” Competition where they recieved airplay in rotation at Z100 radio in NY in addition to a nationally broadcast radio interview with Elvis Duran from the Z Morning Zoo and Actress Amanda Bynes. They’ve played several cross country tours and big gigs at Irving Plaza in NYC, as between period entertainment at a New York Islanders NHL game, sold out engagements with Spin Doctors, Something Corporate and Gin Blossoms to name a few, and their performance for the nationwide Verizon FiOs Festival had a corresponding web video contest online for their song Gasoline.

The band, who recently released “Thought Parade” which includes their songs ‘Mind Control Society”, “The Line” and “My Revelation” also released their Secret Constellation EP in 2013. In June 2008, they released A Trip Called Life on Paradiddle Records; their previous cds include a 1997 release “Cool Dream Tomorrow” on Rock Diva records, a 2001 release “Iridesense” on LLJ Records, and the 2002 self released “Gasoline”.