“Like an addict, I have come back to this over and over” – Et Musique Pour Tous 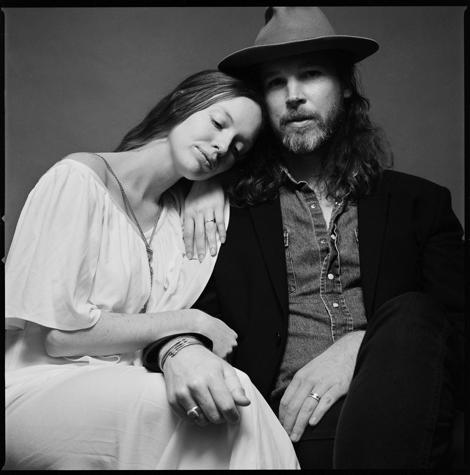 Great American Canyon Band have released their highly anticipated debut long-player, Only You Remain, via Six Degrees Records. The album expands their signature sound, carrying forward a band who NPR World Café named a “Next Artist,” and who earned early praise from supporters such as Stereogum, Yours Truly and more. The album is available for purchase via iTunes and Amazon (CD, mp3 and vinyl).

Bandleaders Paul and Kris Masson say of the LP, “It’s a bigger sound. We feel like it’s a true example of where we were trying to go with those earlier recordings and a great glimpse into the future as well.”

The release of Only You Remain follows significant critical acclaim. NPR featured the lead single, “Crash,” as a Song We Love, New York’s WNYC, invited the band on for a Soundcheck session, and Baltimore AAA radio station WTMD, listed “Crash” as the #3 Top Song of 2015, alongside the biggest artists of the year, including Alabama Shakes, Father John Misty, Courtney Barnett and Adele. The album has also been supported by stations including KCRW, KXCI, WXPN and KCSN. Their music continues to be embraced by a flurry of online outlets, including What Weekly, Modern Vinyl, Impose Magazine, The Vinyl District, Bucketful of Nails, Right Chord Music, Music Savage, Wind Up Magazine and more.

Paul& Kris began writing songs during the winter of 2011 while fixing up an old house. The two had recently married and moved to Chicago to start their new lives together. The house, though lacking amenities like running water and consistent electricity, provided the perfect refuge to write and record the songs they would put out as Great American Canyon Band.