THE GOLD COAST INTERNATIONAL FILM FESTIVAL IS BACK FOR ITS SIXTH STAR-STUDDED YEAR! 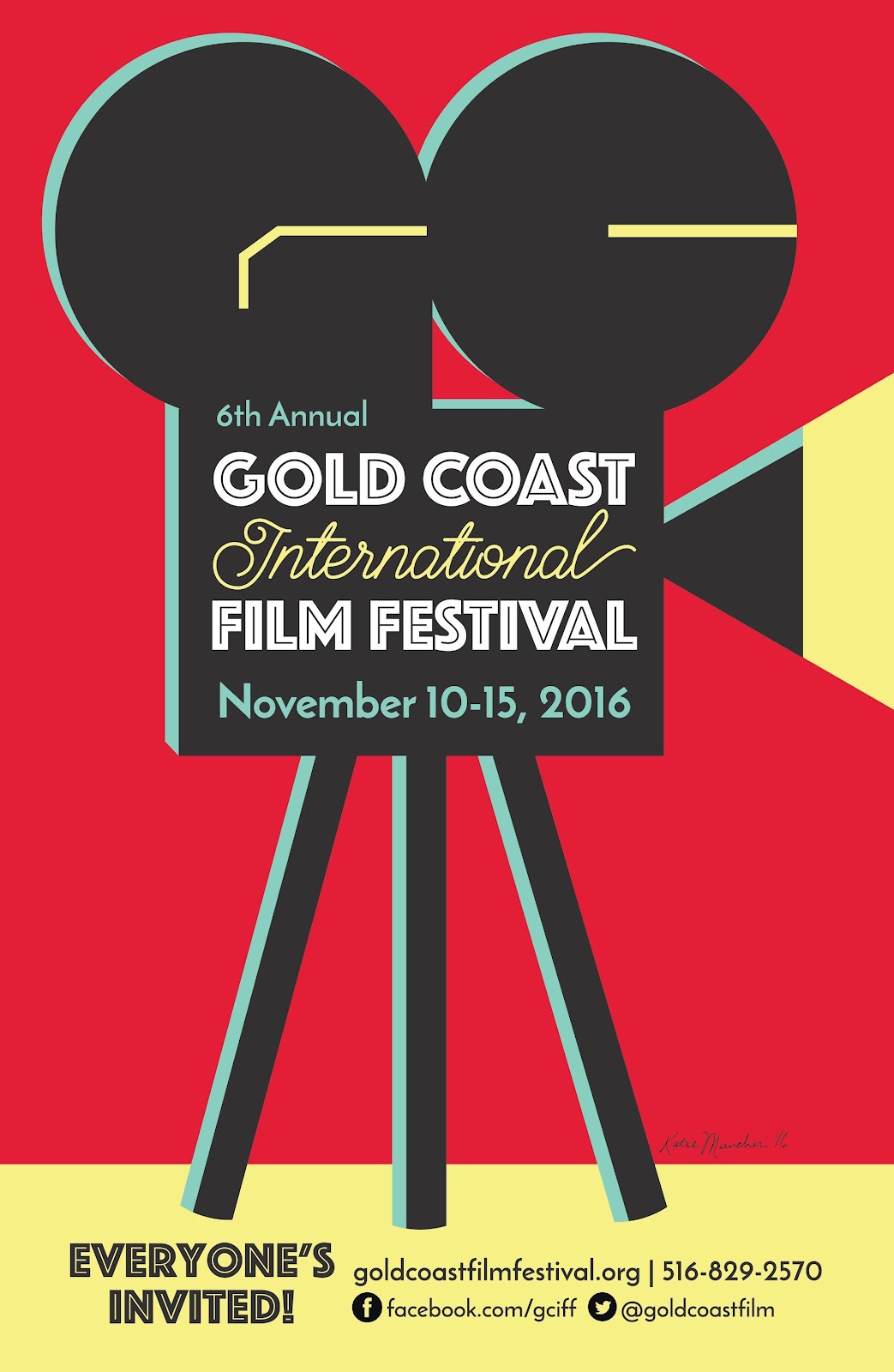 July, 2016 (Great Neck, NY) — The Gold Coast International Film Festival (GCIFF) returns this Fall with the 6th anniversary of its star-studded festival. From November 10 – 15, 2016 the Festival will once again celebrate the films and filmmakers who capture our imaginations on the big screen. At GCIFF “Everyone Is Invited” to enjoy the very best in major and independent releases, filmmaker conversations, parties, awards, and glamour.

This year’s festival events, many of them free, will include screenings of over 50 feature length and short films from multiple countries, dozens of Q&As with prominent filmmakers and celebrities, parties, family-friendly events and a glamorous Opening Night Gala benefiting the non-profit Gold Coast Arts Center. Join the thousands of area residents, visitors, members of the business and film communities, public officials, students and academics who come together at GCIFF to celebrate the art and influence of cinema in the charming and historic towns and villages of Long Island’s Gold Coast.

The 2016 Festival will kick off on November 10th with an Opening Night Benefit Gala, an evening full of glitz and glamour to raise money for the Gold Coast Arts Center. The Arts Center is a vibrant multi-arts institution founded in 1993 which produces year-round cultural classes, exhibits, concerts and programs that bring music, art, theatre, film, dance and educational experiences to students, teachers, seniors and general audiences from throughout the region.

To continue to whet the appetite of film lovers on Long Island, GCIFF has an incredible lineup of films that will be shown in Great Neck throughout the summer months. Films include the Tribeca hit, The Tenth Man on July 20, and Ira Sachs’ latest gem, Little Men on August 3, and more! For a full lineup of summer films, visit www.goldcoastfilmfestival.org.

Get your film into GCIFF! The Gold Coast International Film Festival is now accepting submissions of short and feature films for its 2016 festival in November through Film Freeway.

Official submission requirements and guidelines can be found at www.goldcoastfilmfestival.org under SUBMISSIONS.

If you are a filmmaker in grades K-12 submit your film to the Young Filmmakers Program! Guidelines can be found at: www.goldcoastfilmfestival.org/festival/young-filmmakers

Located on the “Gold Coast” in the Town of North Hempstead, the Gold Coast International Film Festival was founded with the purpose of establishing a home on Long Island to showcase the work of exceptional filmmakers and provide the public with an insider’s view of the film industry. Year-round festival events include screenings, workshops, conversations with prominent members of the film community, parties and a gala.

During the annual seven-day festival, area residents, visitors, members of the business and film communities, public officials, students and academics come together to celebrate the art and influence of cinema in the charming and historic towns and villages of Long Island’s Gold Coast. In addition to the Fall festival, GCIFF also presents dozens of preview screenings and filmmaker Q&As throughout the year at their year-round Furman and Douglas Elliman Film Series.

The Gold Coast is just a short ride from New York City, and is easily accessible by car, train and the area’s three major airports: John F. Kennedy International, LaGuardia, and MacArthur.

The Gold Coast Arts Center is a 501(c)(3) organization dedicated to promoting and supporting the arts through education, exhibition, performance and outreach. For over 20 years we have brought the arts and arts in education experiences to tens of thousands of people throughout our region through our (1) School for the Arts, which offers year-round classes in all visual and performing arts to students of all ages and abilities, (2) Free public art gallery, (3) Concert and lecture series, (4) Outreach programs, which each year bring artist residencies, after-school programs, school assemblies, teacher training workshops and parent-child workshops to students, senior citizens, teachers and others in underserved communities throughout our region, (5) Year round film screening and discussion series and (6) Gold Coast International Film Festival. The Arts Center is an affiliate of the John F Kennedy Center for the for the Performing Arts: Partners in Education Program and National Gallery of Art, both located in Washington DC.