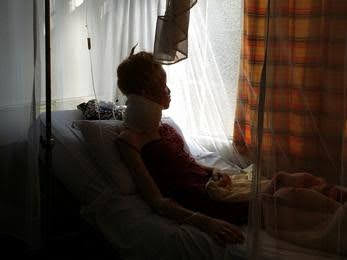 New York, NY – Founder and Executive Director Dr. Ravonna Martin joins forces with star musicians who will perform in a fundraiser gala to benefit the Ida Lee Project, which strives to open a new healthcare facility in the Eastern Democratic Republic of the Congo.  The clinic, “Neema Ya Bwana,” partners with Communauté des Eglises Libre de Pentecôte en Afrique Central to bring general and women’s healthcare to the Kisangani community.  Composer John Luther Adams, cellist Dane Johansen, Irish violinist Caitlin Warbelow, soprano Tomoko Shibata, and jazz pianist Senri Oe all donate their musical talents on the night of October 22 for this humanitarian effort, to be held at The New York Society for Ethical Culture.  A gala reception will immediately follow the concert.  100% of the proceeds from ticket sales will fund the development of this much-needed clinic.  Tickets to the concert alone or the concert and gala can be purchased online through Eventbrite.

In addition to having his piece “Nunataks” played by pianist Lisa Moore, Mr. Adams will give a talk about the necessity of this clinic to the Kisangani community, and how the people of the arts community and beyond can get involved with The Ida Lee Project.  Immediately following the concert and talk, a gala reception will be held.
Ida Lee and Friends Gala Fundraiser Concert
October 22, 2015, 8:00pm

About the Ida Lee Project
The Ida Lee Project seeks to bring accessible healthcare to neighborhoods in the Eastern D.R. Congo living in abject poverty.  In addition to the AIDS epidemic, malaria, tuberculosis, and disability from injury during the Civil War, citizens in the D.R. Congo are generally unable to obtain prenatal care and medical attention for women’s cancers and fistulas resulted from sexual violence and unsafe childbirthing practices.  Presently, a maternity ward and dispensary are being run by the Communauté des Eglises Libres de Pentecôte en Afrique (Community of Free Pentecostal Churches in Africa), but The Ida Lee Project will bring medical supplies, practitioners, medicines, and transportation for patients between the clinic and the surrounding villages to increase their reach and impact on neighboring communities.

Although the Ida Lee Project has the land and structural building plans to open a new clinic in Kisangani, the immediate need for healthcare services convinced the Board of Directors to open a smaller clinic in a nearby empty building, in which Dr’s Yali and Martin will begin to see patients with whatever equipment can be utilized.

The Ida Lee Foundation is committed not only to women’s healthcare, but to reintegrating women who suffer from the social repercussions of fistulas back into their communities.  By inventing Ida Lee’s Bloomers, Dr. Martin gives these women the necessary garments to minimize the stigma that frequently accompanies fistula patients.  With as little as three sewing machines and fabrics that are readily available in Kisangani, women who have been forced into “fistula communities” could return to their homes, schools, and places of employment.  “The Ida Lee’s Bloomers is a concept for a microbusiness to employ women who are victims of fistulas as seamstresses that create a product for women with the same condition,” states Dr. Martin,  “The bloomers would be sold at a modest price with the return supporting both the business and a slight salary for the bloomer team.”

e Ocean, and a 2015 Grammy Award for “Best Contemporary Classical Composition.” Columbia University has honored Adams with the William Schuman Award “to recognize the lifetime achievement of an American composer whose works have been widely performed and generally acknowledged to be of lasting significance.” A recipient of the Heinz Award for his contributions to raising environmental awareness, JLA has also been honored with the Nemmers Prize from Northwestern University “for melding the physical and musical worlds into a unique artistic vision that transcends stylistic boundaries.”Born in 1953, JLA grew up in the South and in the suburbs of New York City. He studied composition with James Tenney at the California Institute of the Arts, where he was in the first graduating class (in 1973). In the mid-1970s he became active in the campaign for the Alaska National Interest Lands Conservation Act, and subsequently served as executive director of the Northern Alaska Environmental Center Adams has taught at Harvard University, the Oberlin Conservatory, Bennington College, and the University of Alaska. He has also served as composer in residence with the Anchorage Symphony, Anchorage Opera, Fairbanks Symphony, Arctic Chamber Orchestra, and the Alaska Public Radio Network.  The music of John Luther Adams is recorded on Cantaloupe, Cold Blue, New World, Mode, and New Albion, and his books are published by Wesleyan University Press.

American cellist Dane Johansen performs extensively throughout the world as a soloist with orchestra, in recital and as a chamber musician. Praised for his “brave virtuosity” and “staggering aplomb” (The New York Times, New York Magazine), Johansen made his debut at Lincoln Center, performing Elliott Carter’s Cello Concerto with James Levine in celebration of the composer’s centennial. Johansen has now performed on five continents, in more than 20 countries, and on the leading stages of the world including Carnegie Hall, Wigmore Hall, the Concertgebouw, Konzerthaus Berlin, Alice Tully Hall, and the Kennedy Center. He has collaborated with leading artists such as Pinchas Zukerman, David Shifrin, Richard Goode, David Finkel, Wu Han, and Mitsuko Uchida. He is a regular Artist of the Chamber Music Society of the Lincoln Center and has performed at The Marlboro Music Festival, Bridgehampton Chamber Music Festival, Seattle Chamber Music Festival and the London Proms. A native of Fairbanks, Alaska, Johansen studied at The Cleveland Institute of Music, The Conservatoire National Superieur de Paris, and The Juilliard School where he earned his Artist Diploma.

Fiddler/Violinist Caitlin Warbelow holds championship titles at the New England Fiddle Championship and the Fleadh Cheoil (All-Ireland Competition). In 2014, Caitlin became the violinist/fiddler for Riverdance’s new production, “Heartbeat of Home”, as well as a violinist for Sting’s musical on Broadway, “The Last Ship”. Caitlin has toured and performed with Cherish the Ladies, Mick Moloney and the Green Fields of America, Michael Londra and Celtic Fire, The Prodigals, and The Mickey Finns, among many others. Known as something of a musical chameleon, Caitlin performs, records, and teaches extensively in NYC and around the country in a variety of genres including Irish traditional and rock, country and bluegrass, Texas swing and contest fiddling, and on occasion returns to her roots as a classical violinist.

Soprano Tomoko Shibata has performed extensively in Asia, Europe and North America. In the US, she has

performed at Weill Hall at Carnegie Hall, Merkin Concert Hall, and Alice Tully Hall at Lincoln Center in New York and at the Kennedy Center in Washington, D.C. and in Japan at National Theater, Suntory Hall, Orchard Hall and others in Tokyo and as soloist with orchestras such as Tokyo Philharmonic, Japan Symphony, Tokyo City Philharmonic Orchestra and others.Her career started both in NY and in Tokyo, and she has sung world premieres of songs with such groups as “The Kronos Quartet” (Somei Sato’s “Homa”), “The Balanesque Quartet” (Robert Moran’s “Towers of the Moon”. She sang an English version of Ikuma Dan’s “Yuzura” (Twilight Crane) at Lincoln Center which was praised by The New York Times. She was a winner of the Senigallia International competition and finalist of the Luciano Pavarotti Competition and is a member of Nikikai Opera and Chamber Opera Society which will perform Benjamin Britten’s “The Little Sweep” next March, 2016 and Maury Yeston’s “December Songs” in December 2015. She is constantly performing throughout Japan and is Professor for the musical theater department of Showa Music Academia Musicae. She is also president of her own company, TS INTERNATIONAL INC, which has its own music experimental space called “Liberty Opera House” where she has produced a music series since 2007.