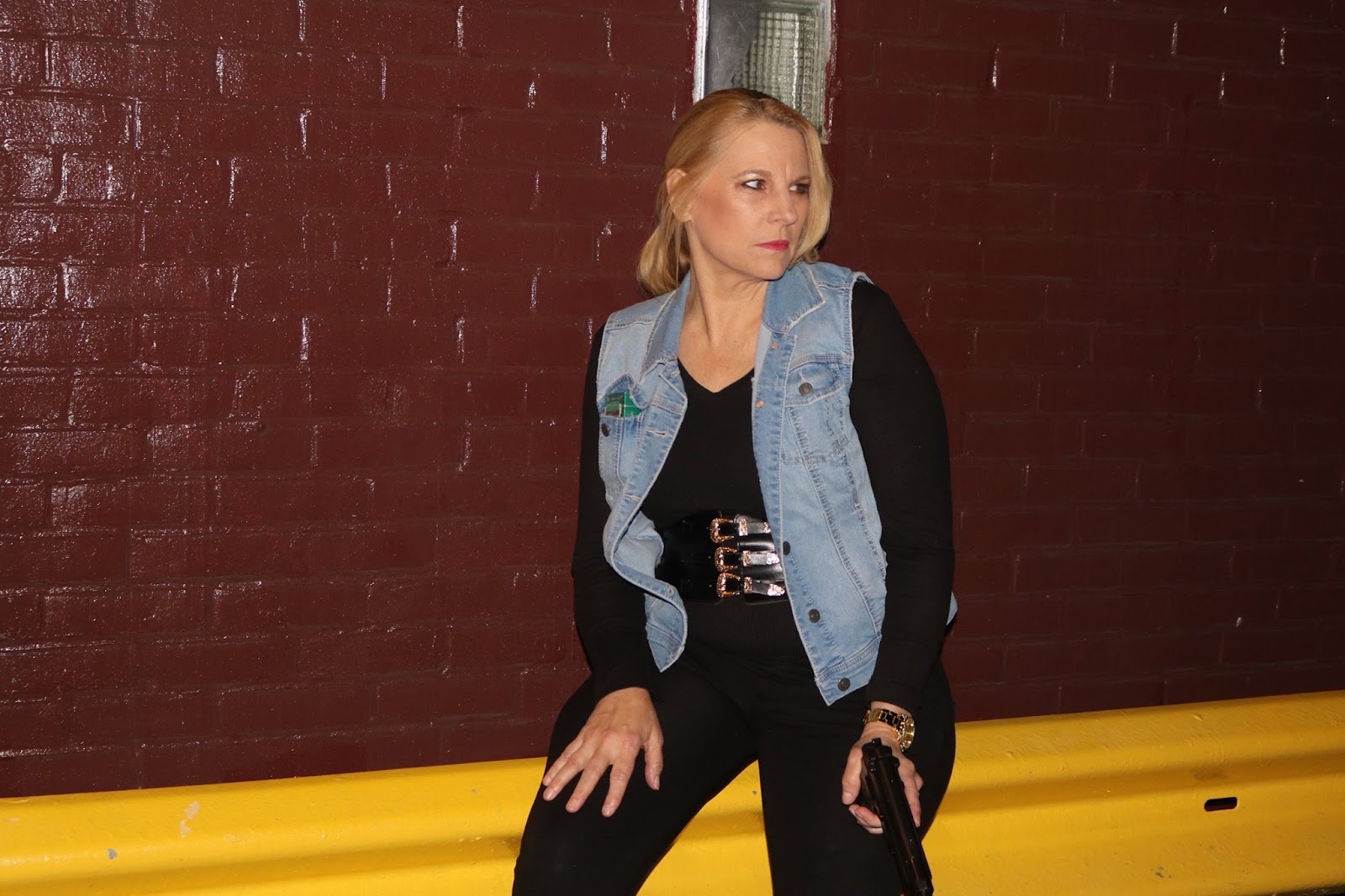 Feb, 2020 (New York, NY) — Established working Actress Linda Collins was quite busy in 2019; appearing with lead roles in several important and interesting projects of note – specifically “In My Eyes”, a film about a young man with Cerebral Palsy going to college and the anxiety that he carries with him (an Official Selection at LIIFE), “Three for the Road”, a comedy about three independent, intelligent women from completely different backgrounds who come together seeking spiritual enlightenment (directed by David Patrick Wilson, an Official Selection and Finalist as Best TV Episode in the Portland Comedy Film Festival) and Horror film by Director Terry Wickham, “Gruesome Threesome”; where a young couple have a fun online video chat, while watching an anthology horror film. What begins as innocent entertainment leads to a horrific conclusion. Collins has worked with Wickham before; on “Double Vision”, about a couple who once dated and reconnect after a decade apart whose bliss is shattered by pure terror. At the same time, two women who are business partners have been having issues professionally, which leads to an unimaginable terrifying outcome.

The latter three films have been selected to screen at the Hells Kitchen NYC Film Festival in January 2020.

Linda can also be seen in other upcoming productions including a principal role in 21st Century Vision Films crime thriller “The Stable” – playing a gritty nightclub owner/head of a human-trafficking ring.

Linda Collins was born in St. Louis, Missouri to Olivia Watson Beaty, a pianist, vocalist, and Sacred Music Director and father Gaylon Patterson, a Lt. Colonial in the Air Force reserves, and Production Manager at McDonald-Douglas Aircraft. Her heritage includes Scottish, Irish and Native American on both sides. Linda exhibited an early aptitude for acting and music, and her siblings often created and performed plays for their parents while in grade school. Her earliest at home role was as Cupid in the family Valentine’s play.

After performing several years as a professional musician in the US and Canada, Linda moved to NYC, and in 2010 began pursuing in earnest her other love – acting. While studying in NYC with renowned acting coach Catherine Gaffigan, she began booking film and television work. Since then she’s booked leading roles in TV Series’ including “I’d Kill for You”, “Stalked”, “Redrum” (Co-starring as Lt. Detective Penny Kimball), “Evil I”, “Monsters Inside Me” (Co-starring as Patricia Nash), and the co-lead role in an episode of True Crime with Aphrodite Jones. She has also appeared in the Feature Films “Burning Blue” (As the on-screen mother to William Lee Scott’s character), “Contest” (As a cooking contest Judge), and in the leading role of Edna in Ashley Cintron’s production of “Chef’s House”.

As a musician, Linda has played Principal Horn in several orchestras including the Huntsville Symphony, Winnipeg Symphony (CA), and Naples Philharmonic (FL) Orchestras, as well as in theatre orchestras for “Fiddler on the Roof” (Herschel Bernardi), “Showboat” (Elaine Stritch and Robert Morse), and “Phantom of the Opera” in Toronto. She also was pianist with many groups including the American Wind Symphony Orchestra, Milwaukee Ballet, Chicago City Ballet and Paul Taylor Dance Company, and has performed in numerous national broadcasts for CBC Radio.

Always an activist for the arts, Linda received the honor of a national appointment by Canadian Minister of Heritage Flora McDonald to serve for three years as a member of the Canadian Advisory Committee on the Status of the Artist ( Ottawa, CA) and later was appointed by AFM International President Tom Lee as Assistant to the International President of the American Federation of Musicians in NYC, where she served the international music community for six years.

She has continued to hone her acting skills at the T. Schreiber Studio in NYC with coach Terry Schreiber and Peter Miner, while being booked regularly for various television and film work.