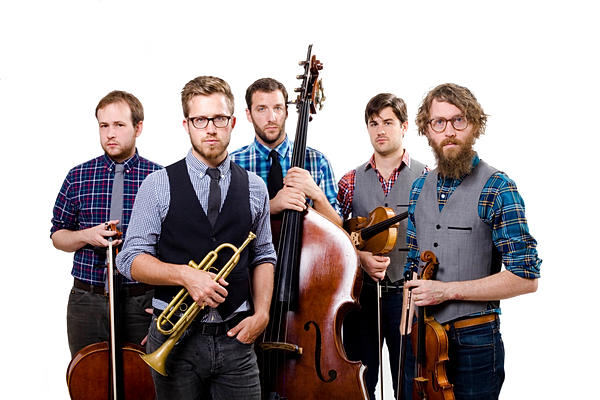 Watch “You & Who” Video: bit.ly/FoundersYouWhoVideo

New York, NY— On Thursday, July 2, 2015, New York-based band Founders will released its debut album, You & Who, featuring original songs and innovative arrangements by members Ben Russell, Brandon Ridenour, and Hamilton Berry, and will be celebrating with an album release concert at Rockwood Music Hall (96 Allen St.) that day at 7pm.

After realizing they were all part of similar ventures, they decided to form Founders, where they could create the music they wanted to create – from Appalachian folk originals to acoustic explorations of experimental rock – as showcased on You & Who. The title of the album is taken from the opening track, which pays homage to Radiohead’s “You and Whose Army” from the band’s iconic 2001 album Amnesiac.

“We love creating new music. The reward always surpasses the risk simply because we have this opportunity to create. As a group, we feel compelled to move and progress in a direction that will positively influence the evolution of music. In the grand scheme of things, we believe it is actually more risky to be traditionalists and seek a ‘safe’ road toward success. Taking a chance is what the creating art is all about. We hope to be a group that can open the minds of future generations of music makers and music lovers.”  — Founders

1. “You & Who”
Anyone familiar with Radiohead’s “You and Whose Army” might experience déjà vu with the lyrics of this track, arranged by Brandon Ridenour in a new, rhythmically stunning and driven rendition that never stops rocking.

2. “Blooming”
As the title suggests this nod to nature starts slowly and simply, suddenly explodes into a Nino Rota-like chaos of growth, and eventually matures, as all things do, into a thing of beauty – a blossom.

3. “The Hunt”
Originally written for Ben Russell’s solo album, this tune is a cautionary tale about finding exactly what you are seeking. This version focuses on the impending danger and the unraveling madness of the hunter.

4. “I’ll Fly Away”
A burst of pure Americana in style and substance, this simple song is about the desire to fly away from being rejected in love. The repetition of the title words are a simple chorus of yearning to leave it all behind, paired with the uncertainty that that is even possible.

5. “JaNe”
A musical memory, this song is an homage to Jared Nathan, a Juilliard colleague who tragically died in a car accident. Even his name is an inspiration; through a musical-alphabetical system, the vowels in Jared Nathan (A E A A), are repeated throughout, resulting in a piece that is neither dark nor sentimental, but surprisingly friendly.

6. “Never”
The opening riff was inspired by the looped fragment at the very end of The Beatles’ Sgt. Pepper’s Lonely Hearts Club Band, after “A Day in the Life” ends. As composer Hamilton Berry explains, “I always felt like they were saying ‘never could be any other way.’ The other words were just what came out when I hit record and started singing.”

7. “Winter”
The cold, dying and distant feeling of the winter season and its association with romantic disappointment are evoked in this emotionally volatile song. In the same way that a breakup can be both happy and sad, a jaunty waltz with a piccolo trumpet provides a delightful counterpart to the grieving melody of the violin.

8. “Oh My Love”
Written in the style of an Appalachian folk tune, this love song is sung with a permeating drone throughout, providing a meditative journey about a lifelong love.

9. “Motion”
Based on Radiohead’s “Motion Picture Soundtrack” but in the style of the last movement from Messiaen’s Quartet from the End of Time – both contemplating life and death.

10. “Solace”
A meditation that manages to land acoustically between a dream and wakefulness. A thoughtful, introspective track, as the title suggests.