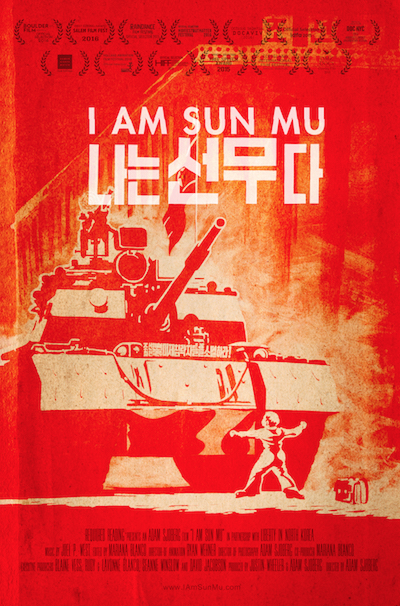 Los Angeles, CA (February 1, 2017) – It was announced today that Netflix has acquired global distribution rights to Required Reading’s critically acclaimed feature documentary “I Am Sun Mu,” which is available for streaming beginning today on the award-winning network.

“I Am Sun Mu” is directed by humanitarian filmmaker Adam Sjöberg (“Shake the Dust”), who produced the film alongside Justin Wheeler (Vice President, Liberty in North Korea), with Mariano Blanco serving as co-producer. The film is executive produced by Blaine Vess, Rudy & Lavonne Blanco, as well as Required Reading, the production partnership between Sjöberg, and filmmakers Seanne Winslow and David Jacobson, who are known for their work as producers on hits such as “The Lego Movie” and “Lee Daniels’ The Butler,” respectively.

“I Am Sun Mu” tells the provocative story of the former North Korean propaganda artist who operates under a pseudonym “Sun Mu,” which means ‘no boundaries.’ After defecting to the South, Sun Mu uses his talent to subvert the propaganda style of North Korean art, poke fun at the Supreme leader, and paint images of reconciliation.

His political pop art is based on his life, homeland, and hope for a united Korea. A tense narrative coupled with powerful imagery defines this unique and gripping documentary. When Sun Mu is offered a high profile solo exhibition in China, his hidden identity is nearly compromised when the exhibit in Beijing is threatened by Chinese and North Korean authorities. 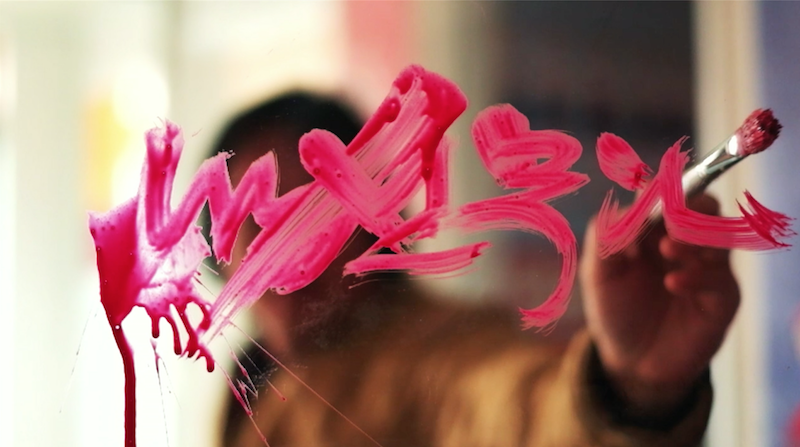 Required Reading partnered with the leading non-profit organization, Liberty in North Korea (LiNK), throughout the project. LiNK works directly with North Korean defectors, aiding in their escape and resettlement.

The majority of proceeds from the film will go directly back to helping North Koreans like Sun Mu. 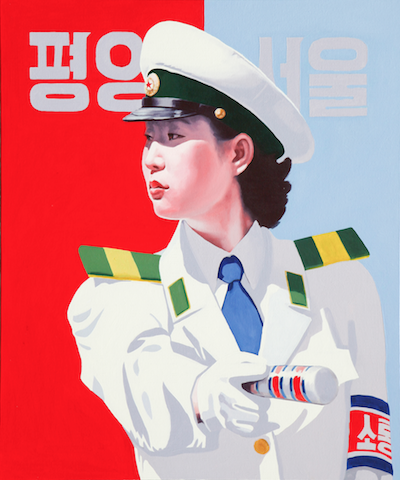 For more information on “I Am Sun Mu,” please visit www.iamsunmu.com.

Required Reading is a film financing and production company founded by David Jacobson, Adam Sjoberg, and Seanne Winslow — three experienced filmmakers from the studio, independent, and international media worlds who work at the intersection of the studio and independent film worlds with the mission to provide timely stories to a global audience while empowering creatives to do their best work. Required Reading is raising a $25-Million film fund commencing in 2017.

About Liberty in North Korea

Liberty in North Korea is a global movement of people that believe in and work alongside the North Korean people to accelerate change. Their efforts are focused in three key areas: Working with Refugees, Changing the Narrative, and Research & Strategy.

Utilizing a modern-day underground railroad through China and Southeast Asia, LiNK rescues refugees and helps them to reach freedom. LiNK’s global grassroots movement works to redefine public perception on North Korea, shifting attention away from the politics and onto the people, and provides a way for concerned citizens to come alongside the North Korean people and help bring about positive change. LiNK also works to develop people-focused strategies that will have the potential to promote change inside North Korea in the long term.

Netflix is the world’s leading Internet television network with over 93 million members in over 190 countries enjoying more than 125 million hours of TV shows and movies per day, including original series, documentaries and feature films. Members can watch as much as they want, anytime, anywhere, on nearly any Internet-connected screen. Members can play, pause and resume watching, all without commercials or commitments.