You are here: Home / Music / Brooklyn Glam Punk Outfit j and the 9s Set to Release New Single “Love to Be”
Views: 144 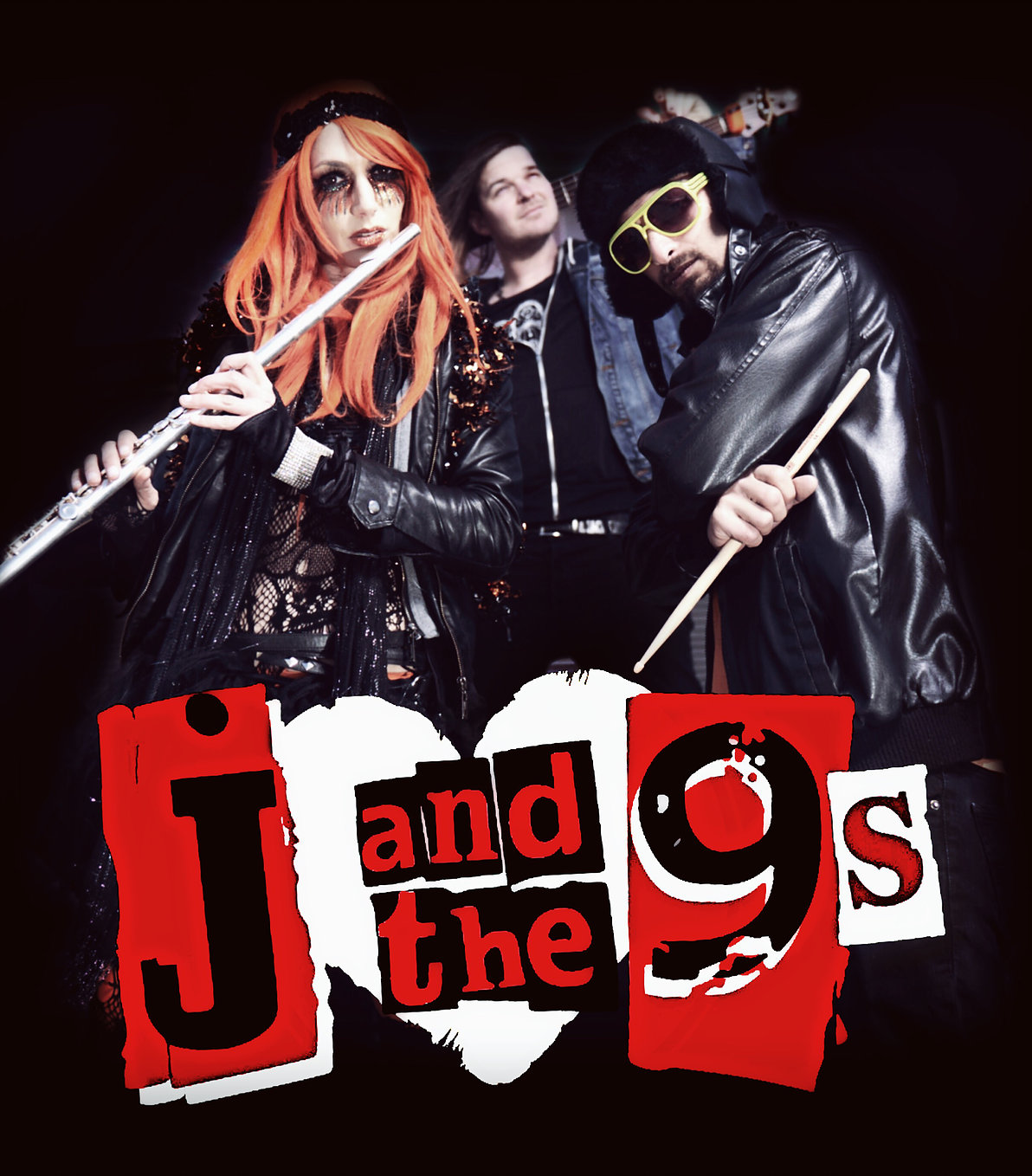 May, 2017 (Brooklyn, NY) — Noted as “a powerhouse of raw, uninhibited rock with the swagger to back it up”, Brooklyn-based outfit j and the 9s have certainly hit the ground running in 2017! With their newest single and video “Love to Be” set to be released Tuesday, May 16th, they’ll be following it up with the full release of their EP “THE TERRIBLE TWOS” on Friday, June 16th!

Emerging from Brooklyn, j and the 9s inimitable sound is artistic, original, and recurrently referred to as forceful. Critics have compared their music to a mix of Led Zeppelin, Lady Gaga and Janis Joplin, as it is difficult to pinpoint the band’s complex and idiosyncratic sound in any one comparison. A powerhouse of raw, uninhibited rock–with the swagger to back it up–j and the 9s have been juxtaposed with the Yeah Yeah Yeahs and The Runaways, yet describe themselves as Joan Jett mixed with The Stooges. The band’s uniqueness is equally complemented by j’s unlikely yet incredibly bluesy flute playing. Yes, she plays the flute…like an angel!

Equipped with heavy, raw grooves, glitter and wigs, j and the 9s put on a powerful, playful show that is certain to steal your attention and possibly your hearing. The band tours globally- having touched down in Korea, Russia and North America, and they’ve also played backup for Guns and Roses own Bumblefoot along with prowling the stages of Warped Tour, CBGB Fest, SXSW, and NYC venues like The Bowery Ballroom, Webster Hall, Brooklyn Bowl, Le Poisson Rouge, Gramercy Theatre and The Mercury Lounge! 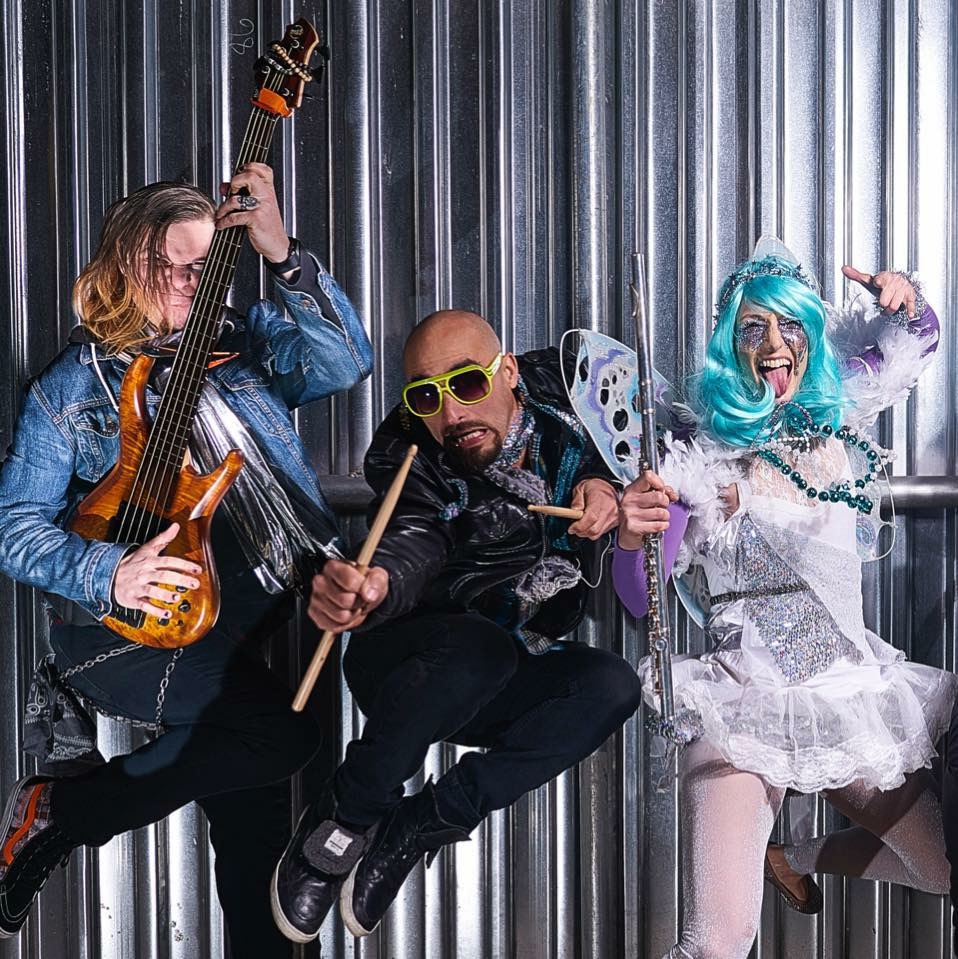 “Sometimes we forget music is supposed to be fun. Then a band like j and the 9s comes along and reminds us that music is supposed to fun. That’s not to say you shouldn’t take them seriously, because you should. Their sound is a wild mix of punk, glam, and rock and roll. Why are they on our list? They’re fun. They rock hard. j9 plays the flute. What else do you need in a band?”

Those who know the band well–along with those who are attending one of their concerts for the very first time–can acknowledge that the band is a beast – a very hungry, energetic beast that wants to feed off of [the crowd’s] energy. The band has even openly admitted this themselves…Basically, they want people to come out to their shows. They want to blow your minds with their music…and that they do. 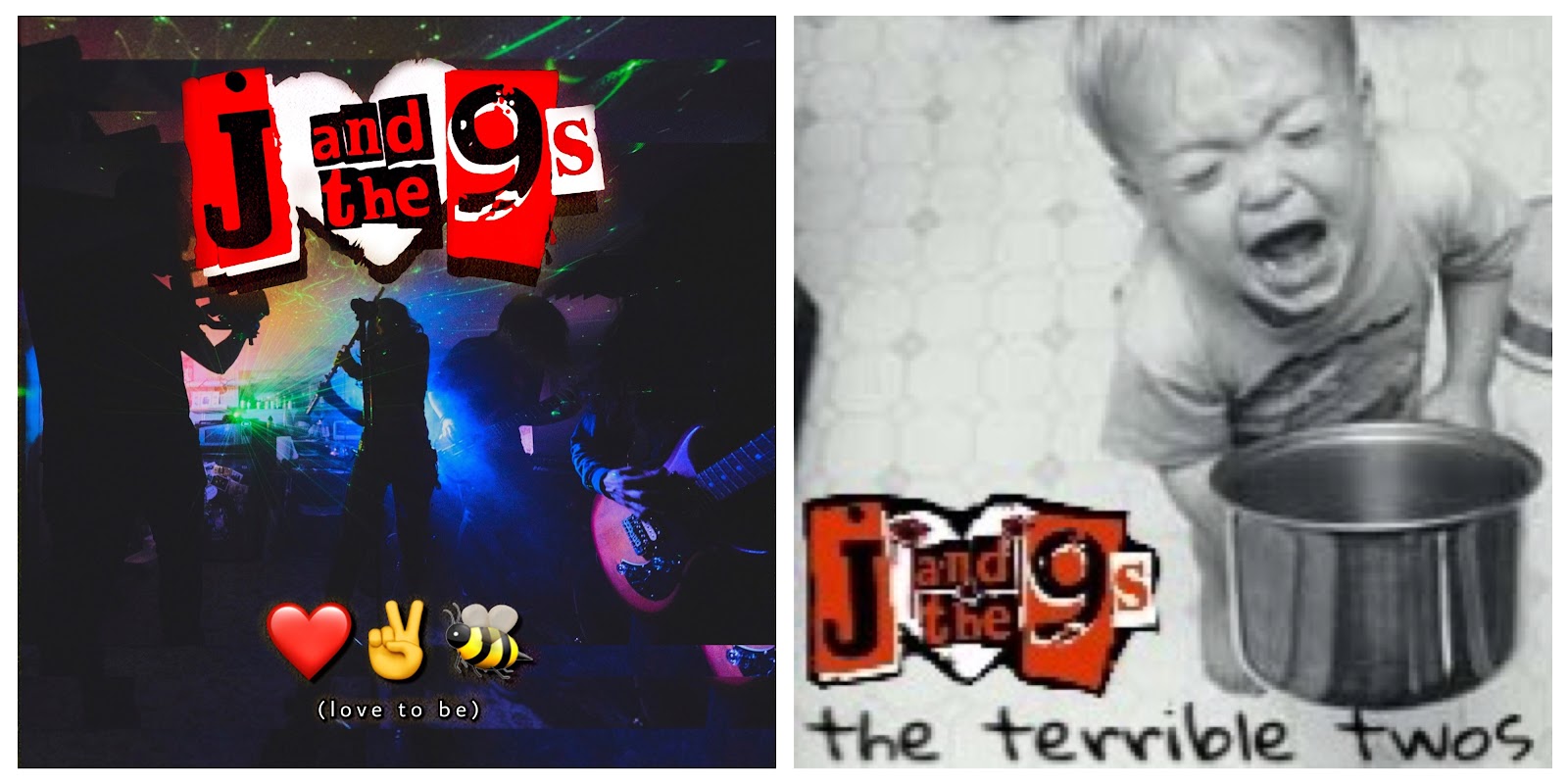 Look for the fast approaching release of j and the 9s latest single “Love to Be,” Tuesday, May 16th along with its trippy, grungy, good time music video. Moreso, mark down the release of their brand new EP, “THE TERRIBLE TWOS,” set to drop Friday, June 16th and keep an eye out for upcoming tour dates and festivals!

For More Information on j and the 9s, VISIT: www.jandthe9s.com

Soundcloud – j and the 9s